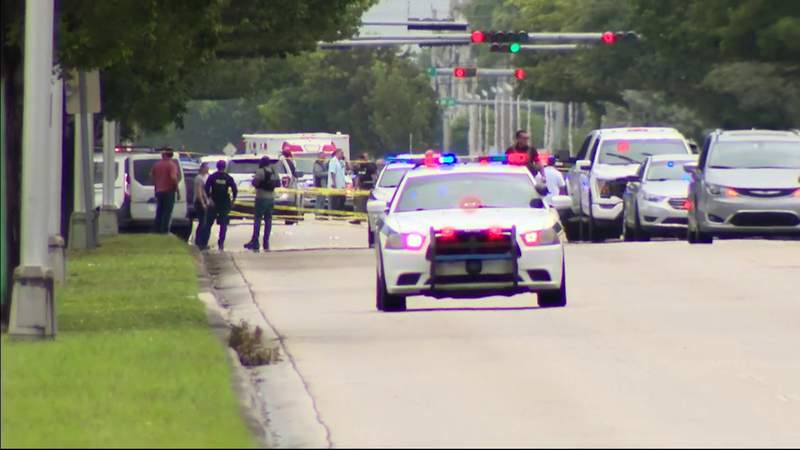 Two Florida police officers were wounded Friday morning during a shootout before returning fire and killing the gunman, officials said.

The officers were responding to some dispute between drivers, where one car was chasing the other, officials said. The man being chased was attempting to reach the nearby Miami-Dade Police Department headquarters, which is located along a busy street in Doral.

One officer was injured in the face by shrapnel or broken glass, and the other was shot in the chest, arm and leg, officials said. The second officer was taken to a Miami trauma center.

Also wounded in the shooting was a man riding in panel truck that had no apparent connection to confrontation. Officials didn’t immediately know whether that man was hit in the leg by the officers or the gunman.

Officials didn’t immediately identify the names or races of the officers or dead man.