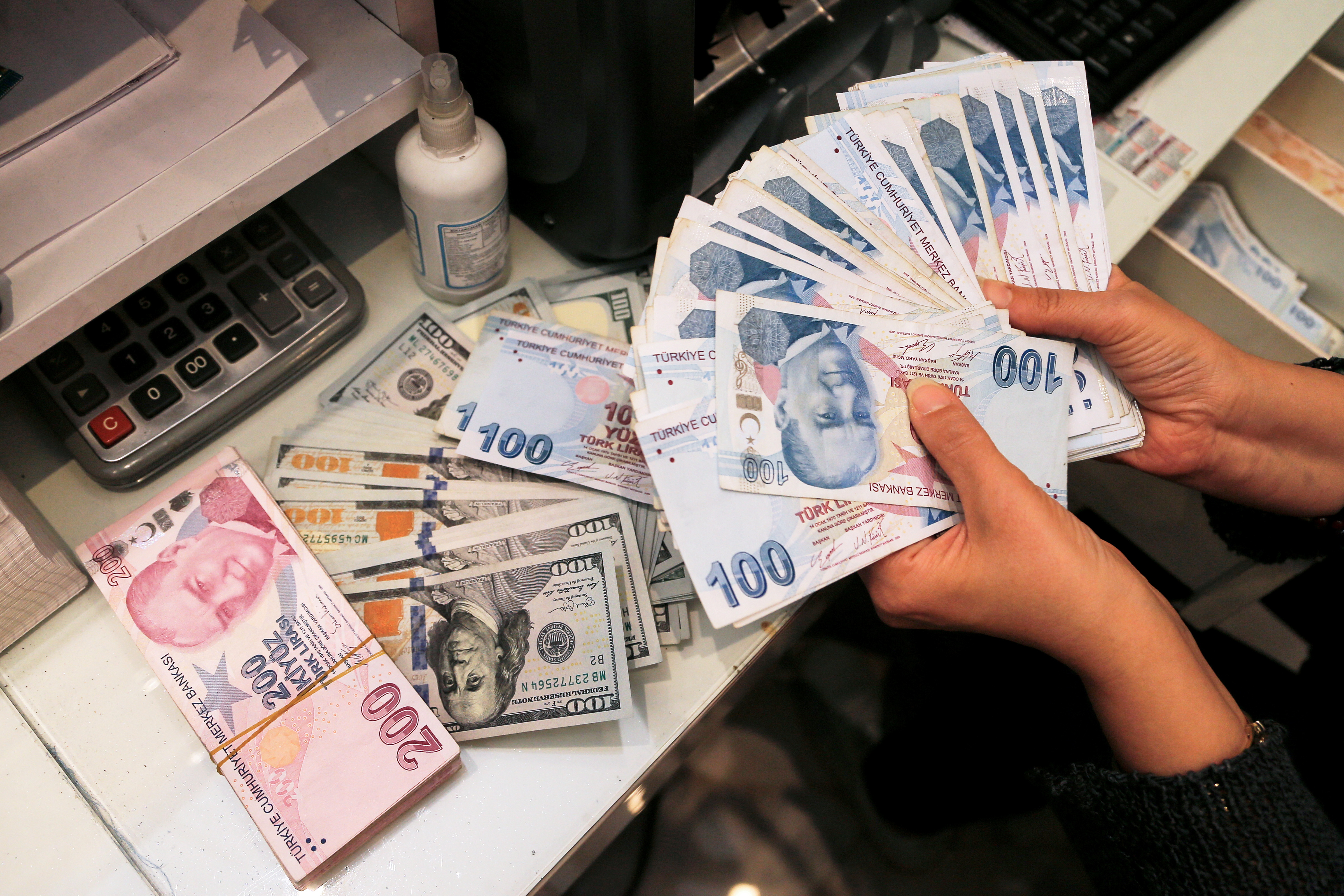 ISTANBUL, Oct 24 (Reuters) – The Turkish lira weakened 1.6% to a record low against the dollar in early Asian trade after President Tayyip Erdogan said he had ordered the expulsion of the ambassadors of the United States and nine other Western countries.

The currency had already hit record lows last week after the Turkish central bank (CBRT) cut its policy rate by 200 basis points, despite rising inflation, in a shock move derided as reckless by economists and opposition lawmakers.

The lira hit an all-time low of 9.75 by 1840 GMT on Sunday, weakening from Friday’s close of 9.5950. Two bankers attributed the early weakness to Erdogan’s comments on Saturday. It has fallen nearly 24% so far this year.

“And we all know that (Central Bank Governor Sahap) Kavcioglu has no mandate to hike rates, so the only defence will be spending foreign exchange reserves the CBRT does not have.”