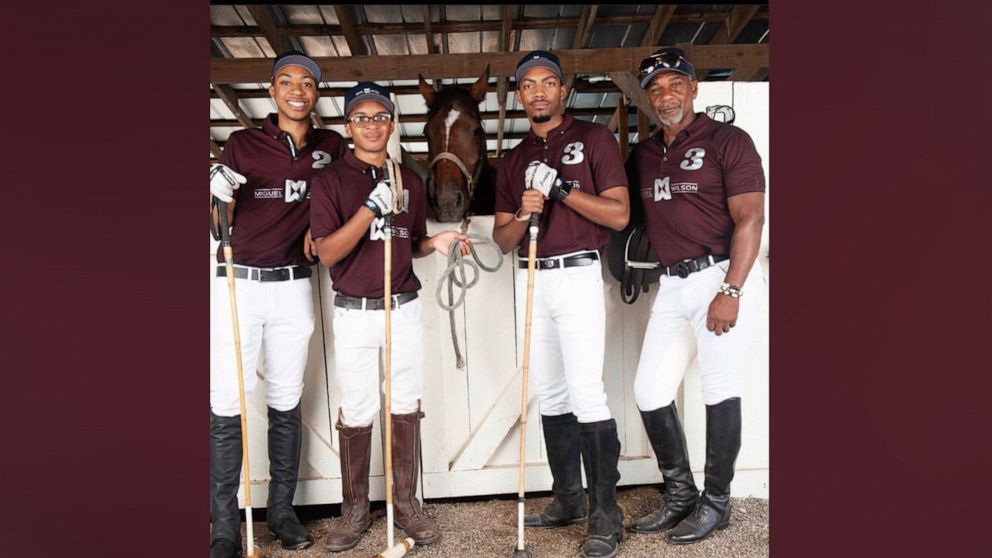 “I’ve never ridden a horse outside of me starting this, let alone actually play polo, so I had to get over my fear of, like, thinking I would get kicked or that I will fall,” Gia Tejeda, a junior economics major at Spelman College, told ABC News. “I just feel as though if you can learn how to navigate a horse and really master a sport that you can also, in the same sense, conquer the world, because it takes a lot to ride a horse.”

Tejeda’s three-woman team includes another Spelman student and one from Savanah College of Arts and Design. They’re sponsored by Ride to the Olympics, a foundation that exposes urban students to equestrian sports.

“We break barriers,” Kim Watson, CEO of Ride to the Olympics, told ABC News. “It was almost, like, tear-jerking it to see what it does to their confidence level.”

The group was founded in 2017 by men’s formal wear designer Miguel Wilson, who said he hoped one day of having its members qualify for the Olympics.

“The change of scenery, seeing the concrete turn into grass … for a lot kids in the inner cities, going out to the country and just being able to spend a few hours with horses is life-changing,” Wilson told ABC News.

Polo is very expensive to play and requires wide-open spaces that are hard to find in most cities.