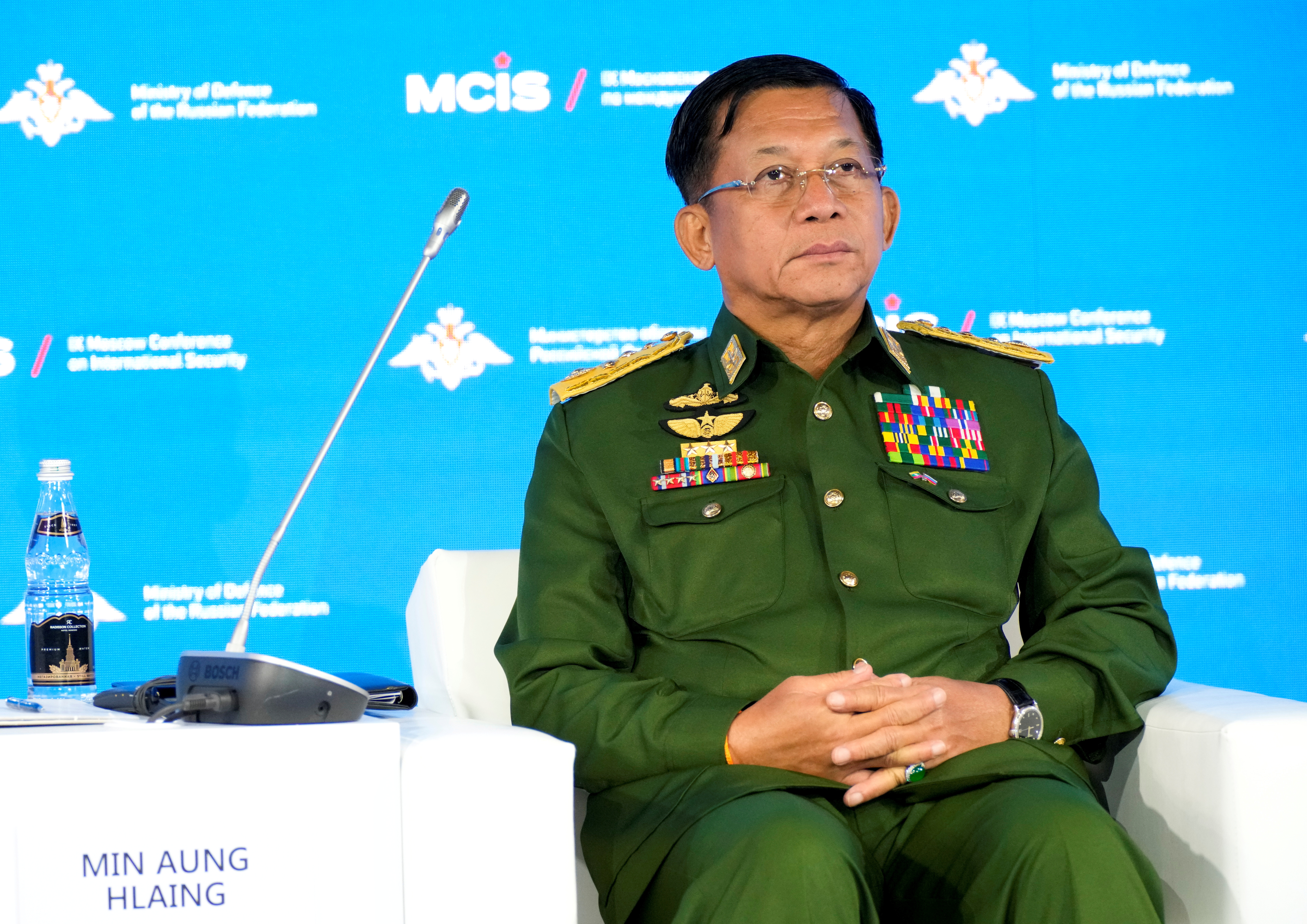 Oct 24 (Reuters) – Myanmar’s military rulers pledged on Sunday to cooperate “as much as possible” with a peace plan agreed with ASEAN, despite a stern rebuke of the regional bloc for excluding the country’s top commander from a summit this week.

In an announcement in state media on Sunday, the junta said it upholds the principal of peaceful coexistence with other countries and would cooperate with the Association of Southeast Asian Nations (ASEAN) in following a five-point “consensus” agreed in April, a plan backed by the West and China.

ASEAN foreign ministers decided on Oct. 15 to sideline Min Aung Hlaing, leader of a Feb. 1 Myanmar coup, for his failure to implement that plan, which included ending hostilities, initiating dialogue, allowing humanitarian support and granting a special envoy full access in the country.

The junta struck back late on Friday, accusing ASEAN of departing from its principals on consensus and non-interference. It refused to agree to send a politically neutral Myanmar representative instead of Min Aung Hlaing.

ASEAN chair Brunei has not responded to Myanmar’s rejection.