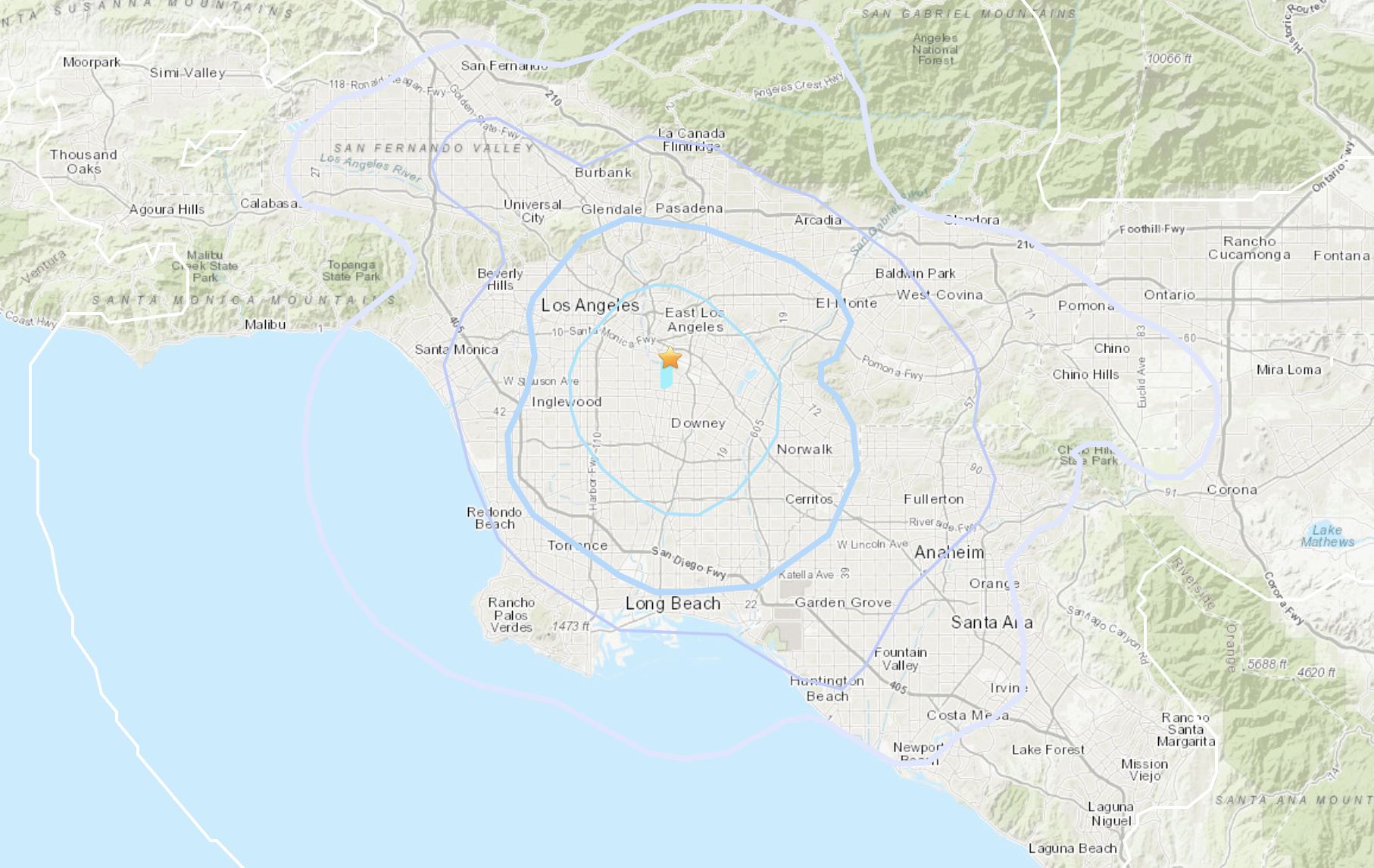 A magnitude 3.6 earthquake struck near Los Angeles at about 7:01 a.m. Sunday, according to the U.S. Geological Survey.

The quake occurred about one mile from Boyle Heights, 1.5 miles from East Los Angeles and just over two miles from the communities of Maywood and Commerce, according to the USGS.

The USGS initially reported the magnitude as 3.9 and the depth of the quake as 10.6 miles, and later adjusted the figures to magnitude 3.6 and a depth of 10.7 miles.

The depth at which the earthquake occurred reduced how widely it was felt. There were no immediate reports of damage.

According to the USGS reports, the shake was felt from Santa Clarita to Orange County.

“What you feel in a small earthquake like this morning depends on how close you are to it. Because it is 10 miles down, everyone is at least 10 miles from it. The closer you are, the sharper the motion,” earthquake expert Lucy Jones said on Twitter.