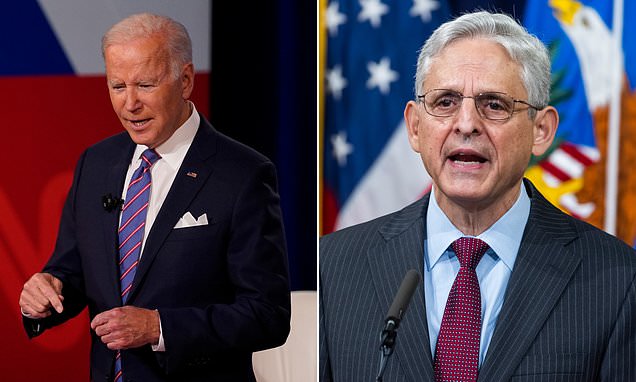 The news comes after Attorney General applauded the letter, while calling for the FBI to investigate such parents.

‘As you all know, there has been extensive media and other attention recently around our letter to President Biden regarding threats and acts of violence against school board members,’ the NSBA wrote in a memo.

‘We wanted to write to you directly to address this matter.’

‘On behalf of NSBA, we regret and apologize for the letter,’ the NSBA said, noting that ‘there was no justification for some of the language included in the letter.’

Someone close to Attorney General Merrick Garland told Fox News that Garland and Department of Justice officials that they are pleased with the updated letter, which is now on course with the statement he made this week in front of House Judiciary.