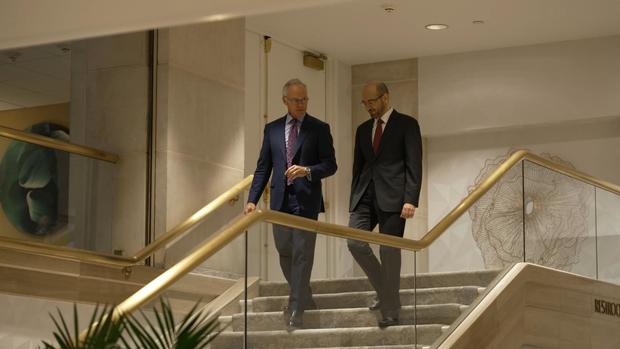 A former top intelligence official in Saudi Arabia’s government says the kingdom’s ruler, Mohammed bin Salman, plotted to kill him and has taken his children hostage. Saad Aljabri makes these and other accusations about the crown prince in his first interview. The interview, conducted by Scott Pelley, will be broadcast on 60 Minutes, Sunday, October 24 at 7:30 p.m. ET and 7 p.m. PT on CBS.

Aljabri fled Saudi Arabia in 2017 and currently lives in Canada. He says the Saudi crown prince sent a hit squad to Canada days after Washington Post columnist Jamal Khashoggi was murdered in the Saudi Consulate in Istanbul, Turkey, in October 2018. The U.S. intelligence community has said that Mohammed bin Salman approved the operation against Khashoggi.

Two of Aljabri’s children, Sarah and Omar, have been prevented from leaving Saudi Arabia since the day Prince Mohammed became crown prince in 2017. They are now in Saudi prisons, as is Aljabri’s son-in-law. All are accused of financial crimes.

The Embassy of the Kingdom of Saudi Arabia in Washington issued a statement to 60 Minutes, which reads in part, “Saad Aljabri is a discredited former government official with a long history of fabricating and creating distractions to hide the financial crimes he committed, which amount to billions of dollars, to furnish a lavish life-style for himself and his family. He has not denied his crimes; in fact he implies that stealing was acceptable at the time. But it wasn’t acceptable nor legal then, and it isn’t now.”