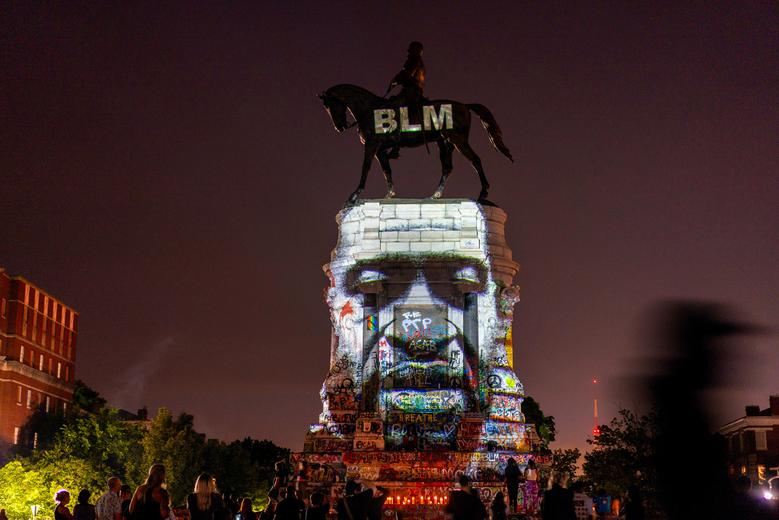 Four years ago, the Robert E. Lee statue in Charlottesville, Va., was at the heart of a violent white supremacist rally that left a counterprotester dead.

Now, a museum dedicated to Black culture and history has put forward a new proposal: Melt the statue down and use the bronze to create new works of public art.

The Jefferson School African American Heritage Center’s proposal, titled “Swords into Plowshares,” calls for commissioning an artist-in-residence to create the new artworks, which would be gifted to the city of Charlottesville upon completion.

“Our outcomes will not be determined by a single philanthropic voice as was the case when Paul Goodloe McIntire gifted representations of white supremacy to Charlottesville, but rather will represent the desires of the entire community for values-driven, socially just objects in our public spaces,” the center’s director, Andrea Douglas, said in a statement.

The Robert E. Lee statue was erected in 1924 as a gift from McIntire, a wealthy white stockbroker, during the nationwide wave of statue construction and other demonstrations of white supremacy like the rise of the Ku Klux Klan and proliferation of Jim Crow laws.