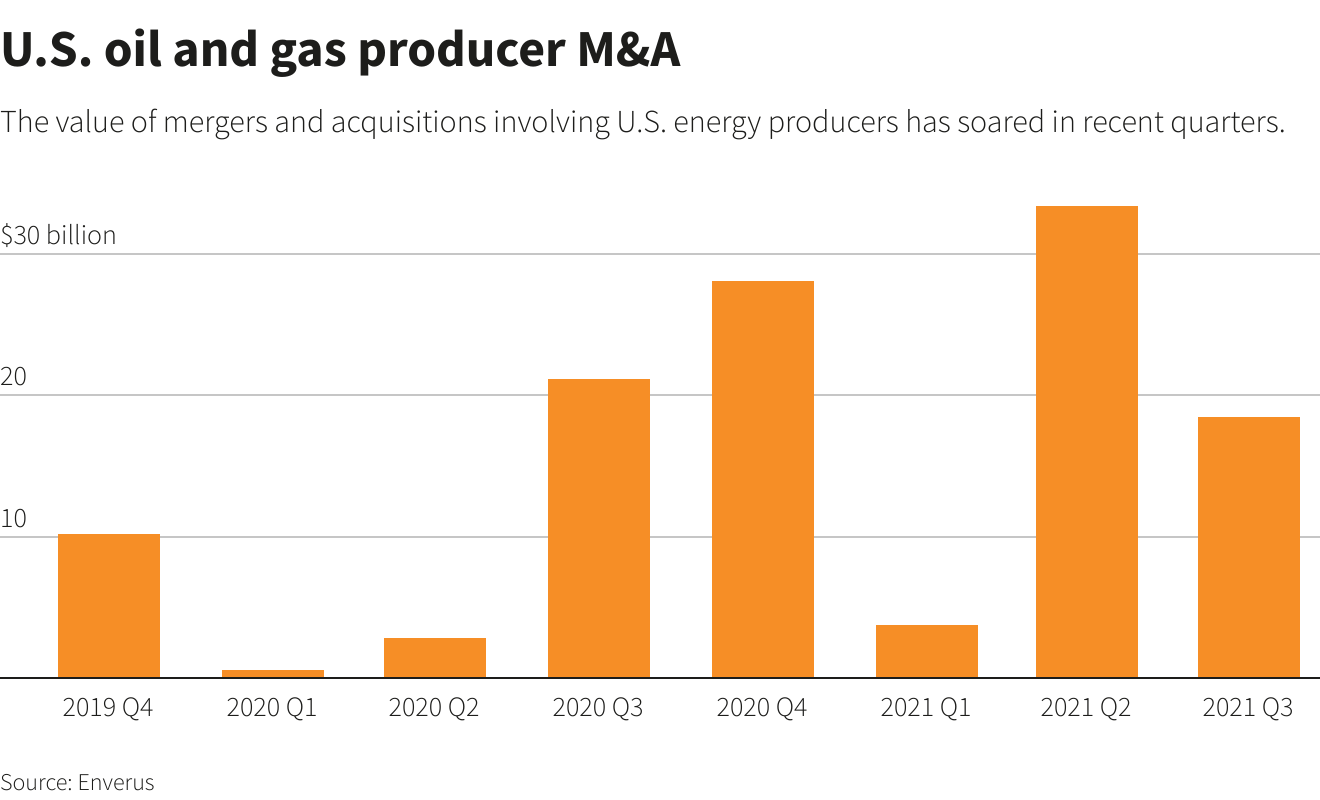 NEW YORK/WASHINGTON, Oct 21 (Reuters) – U.S. antitrust regulators have extended the approval process for at least five oil and gas mergers and acquisitions in the last three months, as President Joe Biden’s administration scrutinizes deals in a bid to tackle soaring energy prices, according to regulatory filings and corporate lawyers.

The slowdown comes amid growing pressure on policymakers to respond to consumer angst over skyrocketing retail gasoline prices, as U.S. crude futures hit multi-year highs. The White House has been calling U.S. oil and gas producers to ask how they can help lower prices, Reuters reported last week.

The move is also emblematic of a new push by the Federal Trade Commission (FTC) to protect consumers, workers, the environment and society at large. Under its new chair Lina Khan, the antitrust regulator has taken a tough stance on deals ranging from technology to healthcare.

Such scrutiny is rare in the oil and gas sector, where deals typically sail past regulators, more than a dozen industry sources, including lawyers and bankers advising on energy deals, said in interviews.

This is because these companies sell their output to a global market, and regional consolidation has no impact on energy prices dictated by supply and demand worldwide.