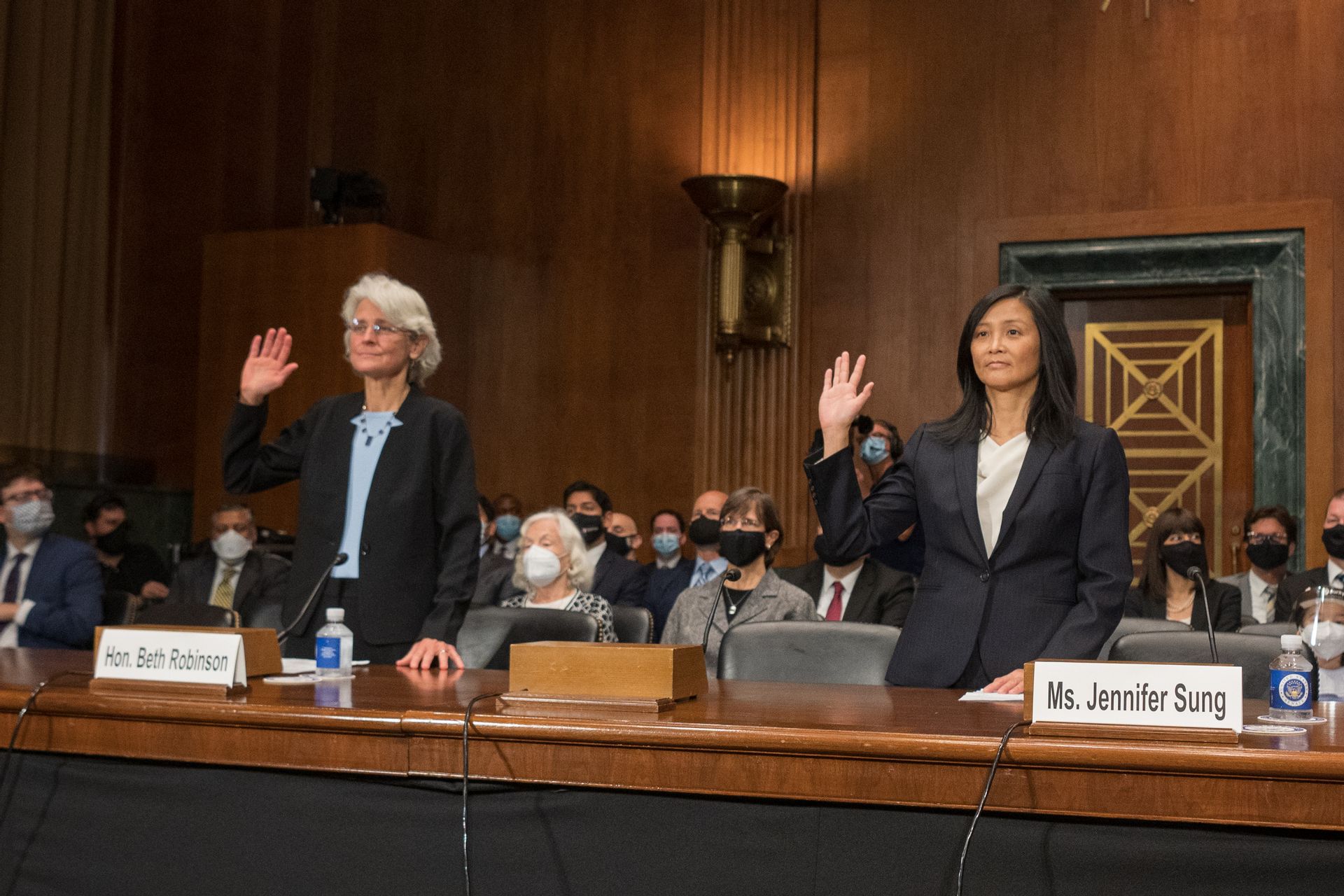 Oct 21 (Reuters) – A U.S. Senate panel on Thursday split evenly in a vote on the nomination of Oregon lawyer Jennifer Sung to a federal appeals court, complicating her confirmation process as Republicans renewed criticism of her for signing a letter opposing Brett Kavanaugh’s U.S. Supreme Court nomination that called him “intellectually and morally bankrupt.”

The panel’s divided vote on Sung means the Senate must first vote to discharge her nomination from the judiciary committee before any full consideration of her nomination can begin.

Sung and Robinson are among President Joe Biden’s 53 judicial nominees to date. Democrats have been rushing to confirm them while they maintain their narrow control of the Senate to shape the judiciary and bring greater diversity to the bench.

During a Sept. 14 hearing featuring both nominees, Republicans directed many questions to Sung, who has served on the Oregon Employment Relations Board since 2017 and before that was a partner at the labor law firm McKanna Bishop Joffe.