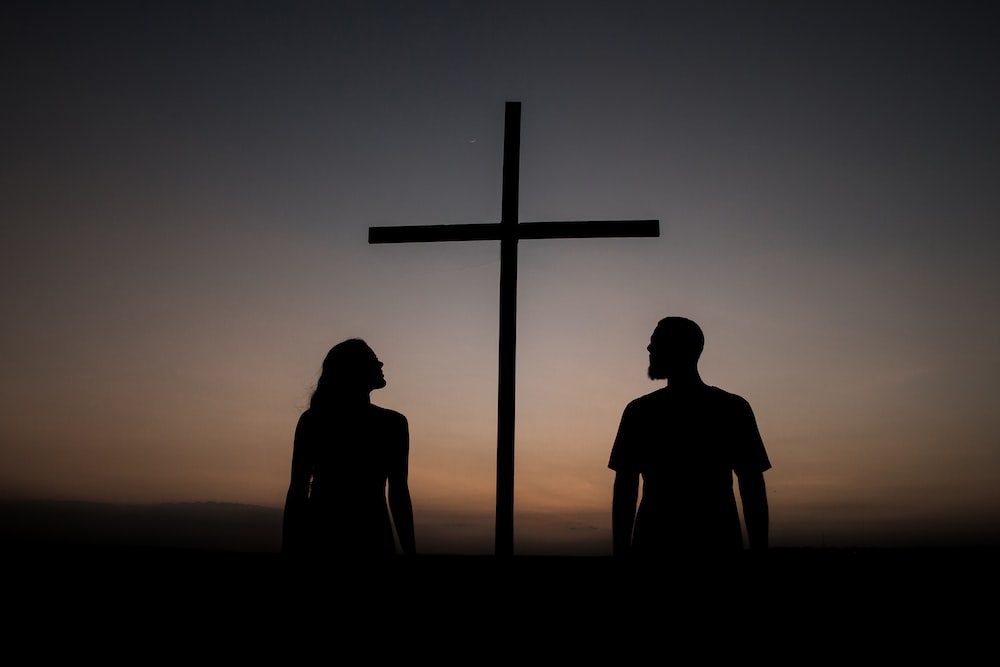 Pluralism is the belief that there are multiple ways to obtain a right relationship with God, including most if not all world religions. The Bible is very clear on how people can be reconciled to God and obtain eternal life. First, we cannot receive it through our own efforts at righteous living. This truth is addressed throughout the New Testament including Romans 3:23, “For there is no distinction, for all have sinned and fall short of the glory of God.” And Titus 3:5, “He saved us not by works of righteousness that we have done but on the basis of his mercy . . .”

Second, we cannot receive it by placing our faith in some other person or deity. If we try, we are still weighed down by our sin, and that other person or deity has no standing before the living God. Even an angel of the living God has no standing on which to intercede for our salvation as we
see in Hebrews 2:5, “For He did not put the world to come, about which we have been speaking, under the control of angels.”

The only way God could redeem us was through the sacrifice of Jesus, fully God and fully man. As Romans goes on to say in 3:24, “But they are justified freely by His grace through the redemption that is in Christ Jesus.” And Titus 3:5 continues, “[T]hrough the washing of the new birth and
the renewing of the Holy Spirit, whom he poured out on us in full measure through Jesus Christ our savior.”

Jesus clearly stated, “No one comes to the Father except through me.” The high price of degradation and suffering paid through Jesus’ life and death excludes the possibility of Jesus being just one of several options offered by God.

What do Americans believe about multiple ways to heaven? And, especially what do Born Again Christians believe? To determine who was a pluralist, we asked what the respondents thought about the following two statements:

2. I believe that the only way to a true relationship with God is through Jesus Christ. Answers from Disagree Strongly to Agree Strongly

Who Believes in Multiple Ways to God

First let’s look at just question number one across the various religious groups, looking for the answer Disagree strongly as shown in Figure 5{3}. If someone disagrees with this statement, they could be a Christian or a Muslim or a Buddhist, etc. The first thing you may notice is that all religious groups other than Born Again Christian all congregate around 5% to 15%. So, for all these groups, around one in ten people take a strong non-pluralistic view. Or turning it around, about 9 out of 10 of them are pluralists.

Who Believes Jesus is the Only Way

Instead, we asked this second question in a slightly different way but with the same intent: “I believe that the only way to a true relationship with God is through Jesus Christ.” We thought that this question would be
equivalent to the first one in the prior paragraph. But as we will see, people’s brains allow them to give answers that contradict each other.

An Inconsistent Worldview Among Many Born Again Christians

The results outlined above are disconcerting in that if the answers to the two questions were consistent, we would see Figure 6 reporting lower numbers than Figure 5 which is clearly not the case. Logically, one could say that Mohammad, Buddha, and Jesus are not all valid ways to God while still saying that Jesus is not the only way to God. You could believe, for example, that Buddha is the only one who taught a valid way to God. But, if you say that Jesus is the only way to a true relationship with God, then it follows that you believe that Mohammad, Buddha, and Jesus cannot all be valid ways to God.

However, the survey respondents show us that one does not have to give answers which logically support one another. Even if some of the respondents misread the statement, the difference between the two is great enough that it is safe to assume that the results are not primarily attributable to misreading.

In Figure 7, we look at what the Born Again Christians who stated that Jesus is the only way to a true relationship with God said when responding to the question about Mohammad, Buddha and Jesus. First note that the total height of each column is the same as the Born Again Christian columns in Figure 6. As shown, almost half of each column represents those who did not strongly disagree with the pluralistic view. For the youngest adults, that upper portion is about evenly split between those who Don’t Know and those who Agree or Strongly Agree that the three men taught valid ways to God. For those ages 40 through 55, we see that a significantly higher percentage affirm that all three men taught valid ways to God.

Based on these results, about one third of Born Again Christians appear to have a consistent biblical view toward pluralism. Another third appear to be totally in line with the pluralist position. The last third are those who want to say that Jesus is the only true path to God AND that Mohammad and Buddha also taught valid ways to God. In church, they may say that Jesus in the only way, but out in the world they act as if Muslims and Buddhists don’t need to know this critical truth. These individuals have an incoherent worldview.

Changes over the Last Decade

Of course, we need to remember that the percentage of BACs in the population has dropped as well. So, when we look at the percentage of Born Again Christians who are definitely not pluralists in our country the drop off is greater. As shown the number of those age 30 to 39 drops from 17% in 2010 to less than half of that number at 8% in 2020 (a drop of 54%).

Over the last decade, Born Again Christians in America have continued to grow in the number who are pluralists.

What about that smaller subset of people who have a Basic Biblical Worldview? Do a majority of them also have a pluralistic worldview? The answer is no. As shown, between 75% and 85% of them are not pluralists.