REVEALED: 35-year-old man accused of raping woman on Philadelphia SEPTA train for 30 minutes while ‘passengers filmed it’ is an illegal Congolese immigrant with sex abuse and drugs rap sheet who should have been deported in 2015 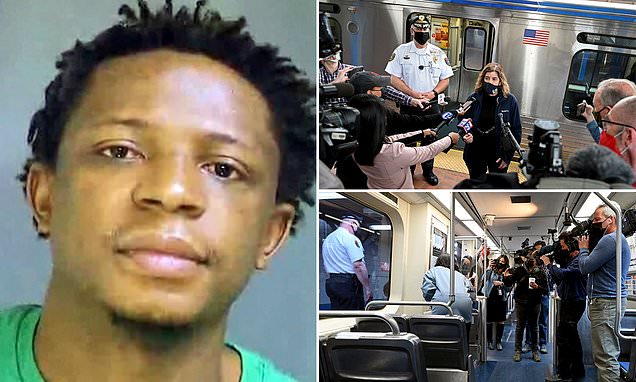 The man accused of raping a stranger on a metro Philadelphia train full of bystanders who cops say stood and filmed is a Congolese national present in the US illegally, according to a new report. Fiston Ngoy, 35, was arrested and charged in the horrifying attack on Wednesday on board a Southeastern Pennsylvania Transportation Authority (SEPTA) train near the suburb of Upper Darby. Ngoy entered the US on a student visa in 2012, but remained after the visa was terminated in 2015, and was protected from deportation by the immigration system despite multiple convictions. Court records show that Ngoy had multiple arrests and two misdemeanor convictions, one for controlled substances and one for sexual abuse. He pleaded guilty to the sex charge in 2017 in Washington DC and was sentenced to 120 days in jail, and was then placed in immigration detention in January 2018. However, Ngoy was never deported, because an immigration judge granted him a ‘withholding of removal’ in March 2019, after an appeals board found that his sex crime was not a ‘serious crime’ that made him eligible for removal.