Human remains, backpack and notebook are found in search for Brian Laundrie at 25,000-acre Florida reserve – on day his parents turned up to join the hunt – five weeks after he went on the run following death of Gabby Petito 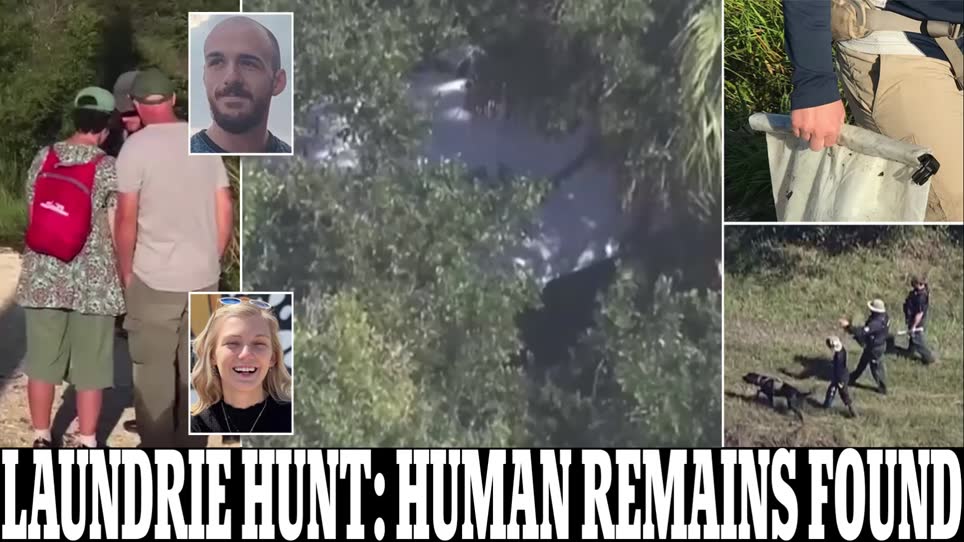 Human remains have been found in the hunt for fugitive Brian Laundrie, the 23-year-old fiance of murdered Gabby Petito, five weeks after he went on the run in an alligator-infested Florida swamp. The grim discovery was made on Wednesday afternoon in the Carlton reserve in Florida, near Laundrie’s home, along with a camping backpack. The ‘articles’ discovered were found in a portion of the park that had previously been underwater. They were identified as belonging to Brian by his parents (left), who helped with the search on Wednesday after keeping to themselves for weeks. The pair have refused to speak publicly about the case and they have also refused to speak with Gabby’s grief-stricken family in New York. If the remains are identified to be Brian’s, it brings a somber end to a hunt for a killer that has captivated the nation. The Sarasota County Medical Examiner’s Office is at the scene.