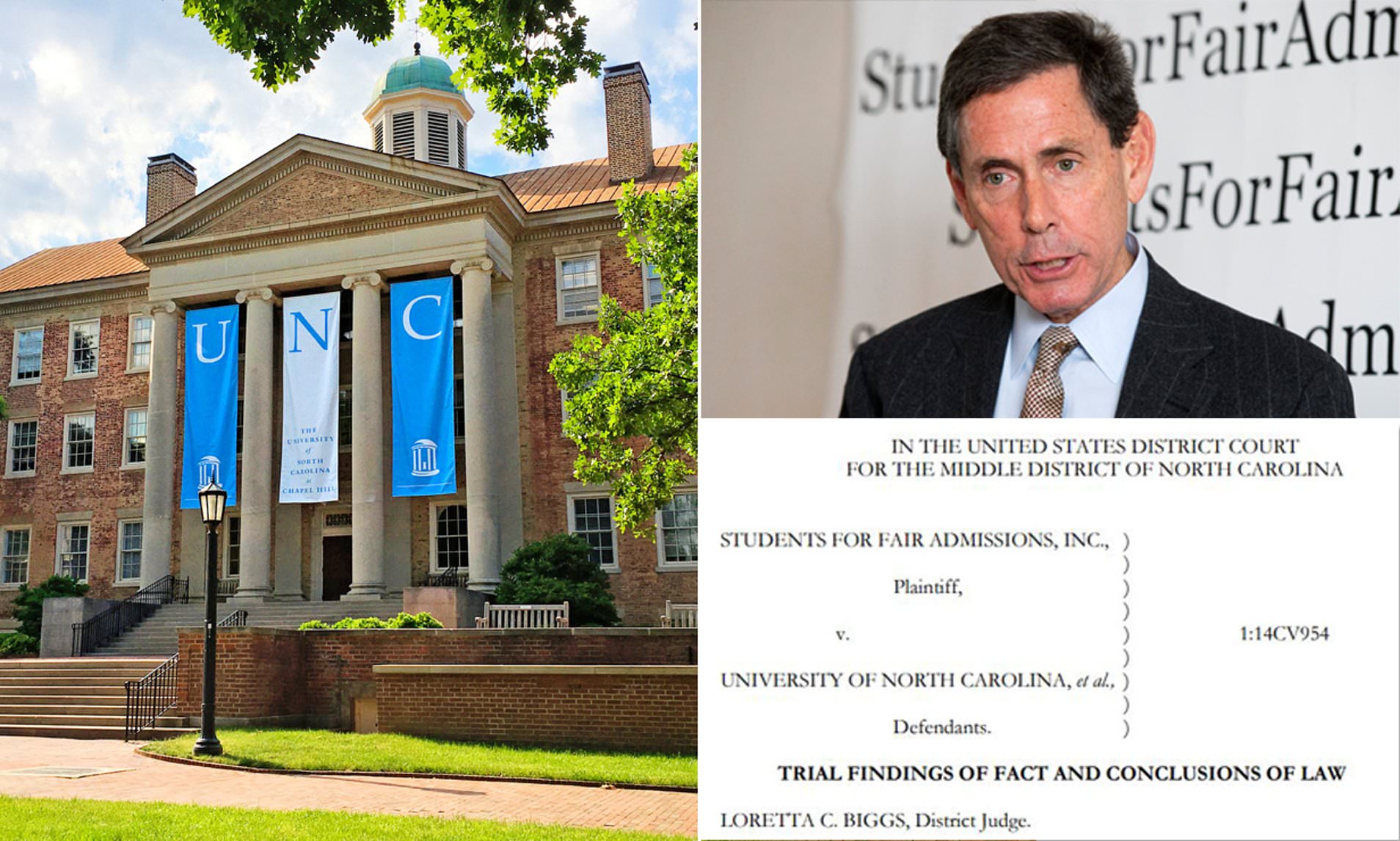 The University of North Carolina did not discriminate against white and Asian-American applicants by using its ‘holistic approach’ to race-based admissions, a federal judge.

The case was closely watched by those challenging the consideration of race in undergraduate student admissions.

The ruling by US District Judge Loretta Biggs in Winston-Salem on Monday came in a lawsuit by Students for Fair Admissions, a group founded by conservative anti-affirmative action activist Edward Blum that is pursuing a similar case against Harvard University.

SFFA is appealing its loss in the Harvard case to the Supreme Court, potentially giving its conservative majority a chance to end affirmative action policies used to increase the number of black and Hispanic students on American campuses.

In the case at the University of North Carolina at Chapel Hill, SFFA accused the school of violating the Constitution and the Civil Rights Act by making race the predominant factor in its admissions process to favor black and Hispanic applicants to the detriment of white and Asian American candidates.

But Biggs said UNC’s consideration of race was narrowly tailored, constitutionally permissible and furthered a ‘compelling and substantial interest in pursuing and attaining the educational benefits of diversity.’

In a 161-page ruling, she said that while no student should be admitted solely based on race, ignoring it ‘misses important context to include obscuring racial barriers and obstacles that have been faced, overcome and are yet to be overcome.’