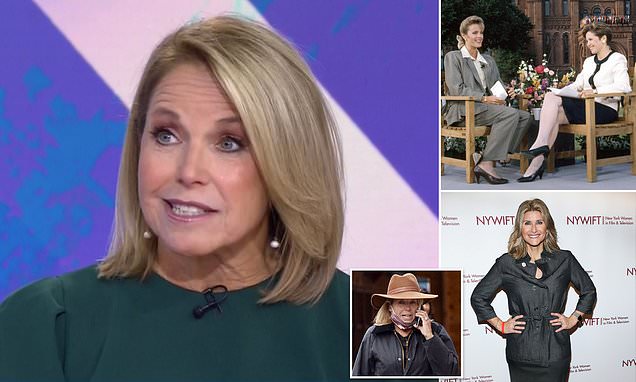 Katie Couric said on Tuesday it was ‘brave’ of her to admit how she iced out female TV rivals and co-workers and insisted she was actually ‘incredibly generous’ to her co-workers as she tried to limit the fallout from her catty memoir and insist all her nasty comments have been taken ‘out of context’. Couric’s new book Going There won’t be released until October 26 but it has already offended a swathe of her former co-workers after portions of the book were revealed by DailyMail.com. She described in the book how she froze out female colleagues at NBC to ‘protect’ her ‘turf’ at the top. She also told how she loved getting under Diane Sawyer’s ‘skin’ when Sawyer was at Good Morning America. Since then, former co-workers like Ashleigh Banfield have told how Couric picked on them and made their working life a misery. Couric claims that she said ‘so many nice’ things about people in her book and that any nasty quotes – like her saying her predecessor Deborah Norville had a ‘major relatability problem’ and was ‘relentlessly perfect – were taken out of context. She also said she thought it would be brave admitting that she felt threatened by other women. ‘I thought it was brave for me to say that sometimes I felt protective [of my job],’ Couric told Hoda Kotb and Jenna Bush Hager, her third interview on Tuesday on Today.