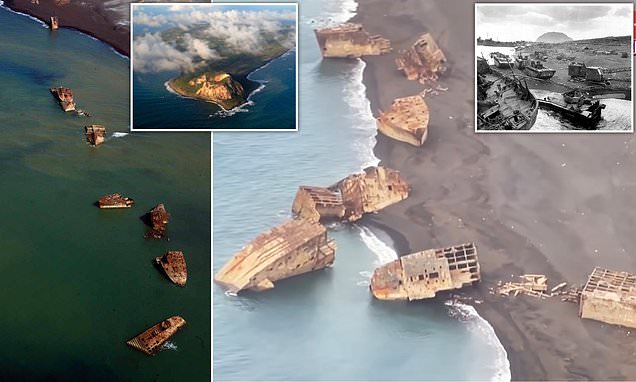 Ships that sank during the Battle of Iwo Jima, one of World War II’s most epic battles and one of the bloodiest in U.S. Marines history, have risen from the bottom of the ocean after tremors at one of Japan’s most dangerous volcanoes, Mount Suribachi.

Satellite photos from Japan’s All Nippon News show the leftover hulks of 24 Japanese transport vessels which were captured by the U.S. Navy in the latter part of the war.

They were moved to the western part of Iwo Jima to form a port, as the island had no port facilities at the time.

The seabed has started to rise due to the seismic activity from Mount Suribachi, in particular the western part of the island.