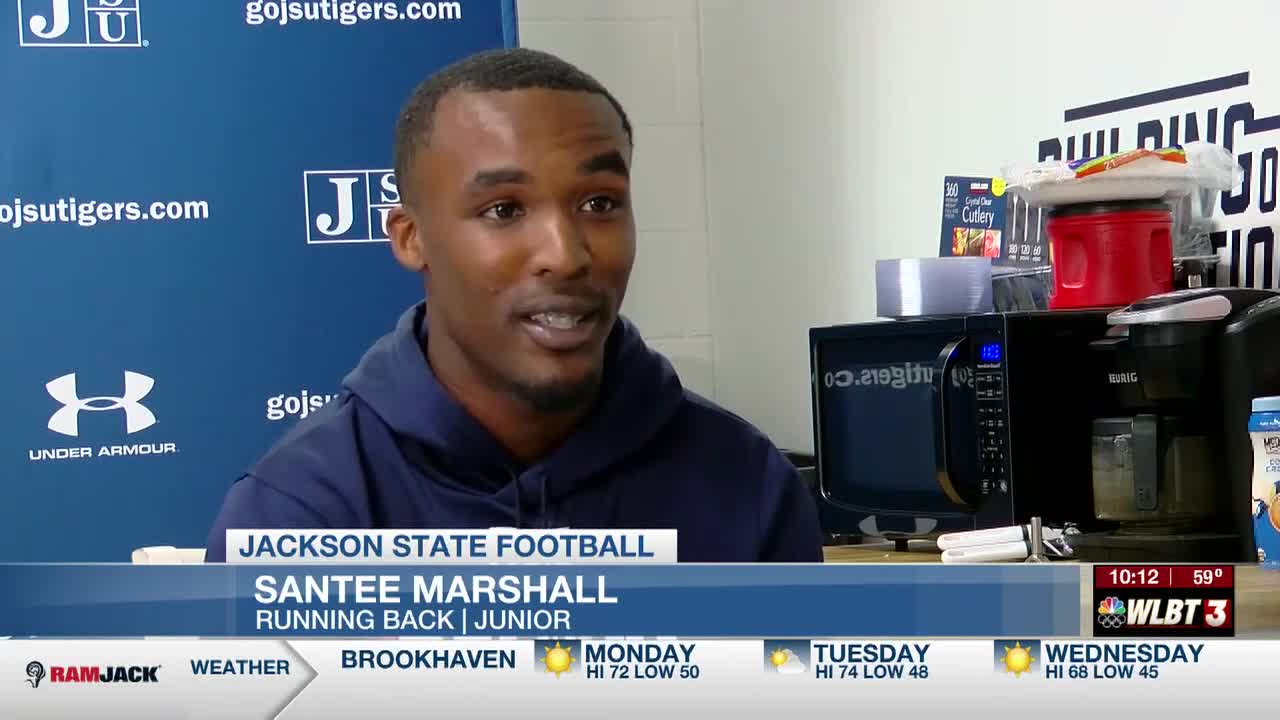 “My whole team was just congratulating me,” Marshall said. “It was a good feeling. I felt like I worked for it, so I was just happy about it, for real.”

Marshall’s parents were in the locker room when the running back received the news. He said Sanders’ family played the surprise well.

Marshall was a transfer from DII Miles College in Alabama. He transferred under JSU’s previous coaching staff led by John Hendrick in hopes to walk on, but he had to find another way to get on the roster once Sanders was hired. He went to JSU’s open tryouts under Sanders and missed the cut.