Colin Powell’s Fully-vaccinated Widow Alma Powell Also Has the Coronavirus: Her Diagnosis Is Revealed Hours After Her Husband Was Killed by Virus 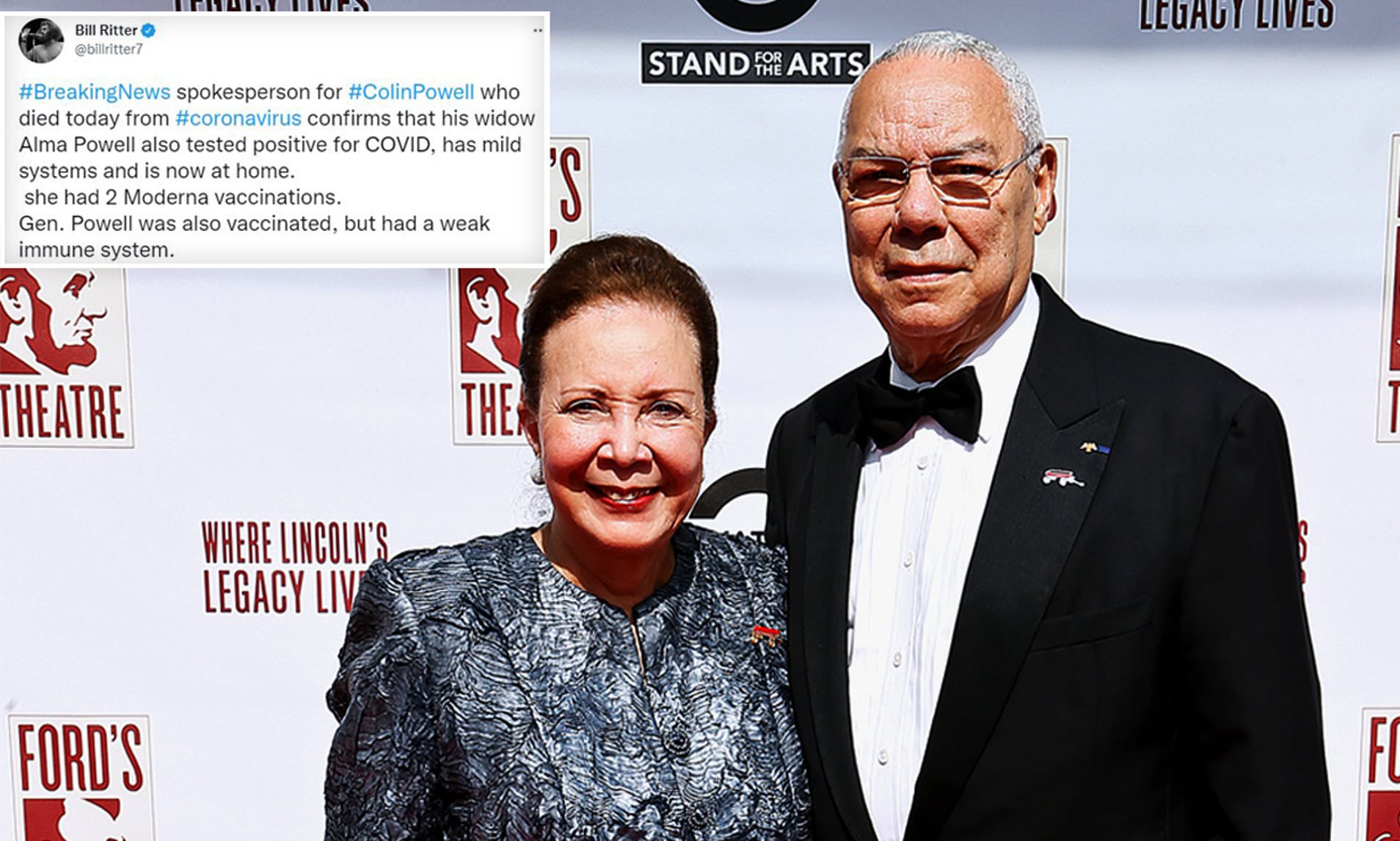 Colin Powell’s fully-vaccinated widow has tested positive for COVID, with her diagnosis revealed just hours after the late Secretary of State died of the virus.

A spokesperson for the late general told Andrea Mitchell reports on Monday night that ‘Colin and Alma Powell took a COVID test last Monday, October 11, and both tested positive.

‘Mrs. Powell, who turns 84 on October 27, was checked, and while symptomatic is recovering at home.’

‘They had both been fully vaccinated, and he had been planning to get a booster last week but was not feeling well enough,’ the spokesperson said of the retired four-star general, noting: ‘He had several underlying conditions: surgery for prostate cancer when he was Secretary of State and more recently multiple myeloma and Parkinson’s.’

Bill Ritter, an anchor for Eyewitness News in New York, also tweeted that they both received two doses of the Moderna vaccine, and Alma has mild symptoms.

Colin Powell, the first black Secretary of State who formulated foreign policy under several presidents died from complications of the virus Monday morning, at the age of 84.