Amazon Is Hiring 150,000 U.S. Workers for Holiday Shopping Season, With Perks Like a $3,000 Signing Bonus and Additional $3 Per Hour to Lure Staff During Intense Labor Shortage 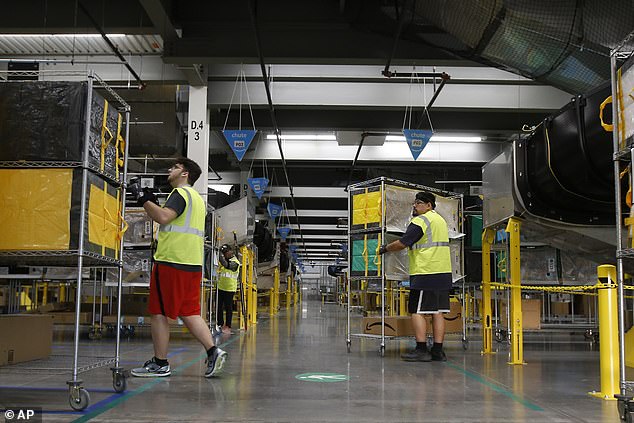 Amazon announced Monday that it plans to add 150,000 seasonal jobs for the upcoming holidays in the U.S., as the e-commerce giant expects a Christmas shopping season characterized by high demand and supply shortages.

The announcement represents a 50 percent increase from last year, when Amazon brought on roughly 100,000 seasonal workers.

According to its last earnings report, Amazon is the second-largest private employer in the U.S after Walmart, with 950,000 employees nationwide.

At the end of 2020, it had 1.3 million full-time, part-time and temporary workers worldwide.

The hiring frenzy comes during a major U.S. labor shortage and increased union activity that’s led it and other companies to increase wages in time for the crucial end-of-year shopping period.

In September, Amazon increased its average starting salary to more than $18 an hour.

Seasonal roles will include sign-on bonuses of up to $3,000 and, depending on shifts, an additional $3 per hour salary.