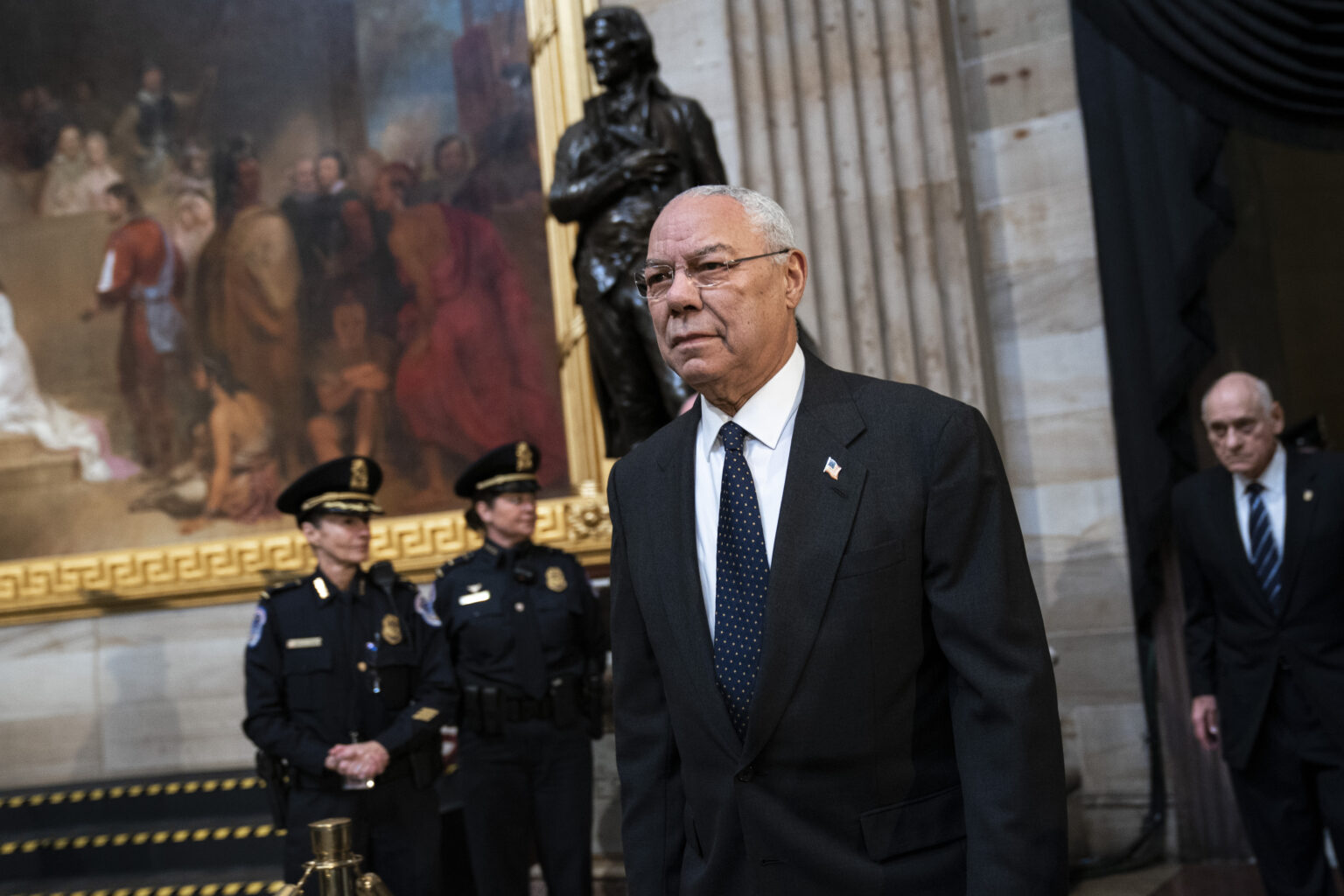 Tributes are pouring in from members of Congress, journalists, and others following the death of Colin Powell.

Powell, who — despite being fully vaccinated — died from Covid-19 Monday at the age of 84, was lauded Monday morning as a trailblazer, and a towering figure in American life. He served as Secretary of State and Chairman of the Joint Chiefs under former President George W. Bush. He was the first African American to hold those positions.

In a statement, the former President honored Powell, who he lauded as “a family man and a friend.”

Until recently, Powell was a member of the Republican party. However, he was a vocal critic of former President Donald Trump, and spoke at the 2020 DNC on behalf of President Joe Biden. Following the Capitol riot, Powell told CNN “I can no longer call myself a Republican.”

But Congressional Republicans, Democrats, and other public servants came together Monday morning to mourn the loss of the former Secretary of State:

I am saddened to hear that four-star general Colin Powell, former U.S. Secretary of State and Chairman of the Joint Chiefs, has passed away.

America has lost a true leader and American patriot, but we will always remember his service to the United States of America! 🇺🇸

Saddened to hear of the passing of Gen. Colin Powell, former U.S. Secretary of State and Chairman of the Joint Chiefs of Staff. An incredible statesman and American hero, Gen. Powell shaped U.S. foreign policy for the last three decades. pic.twitter.com/CEW17Ol1Ch

General Powell was a patriot and a public servant. May he rest in peace.

Incredibly sad news. General Powell was a rarity in the modern age- a true soldier statesman. I am grateful for his decades of service to this nation and the example he set as a leader. https://t.co/4Yo28UuRti

Colin Powell leaves behind a valorous legacy – he was a decorated patriot, a devout public servant, and shattered glass ceilings for so many.

May his spirit, and legacy, live on to inspire. https://t.co/JzbzjJcd0g

My prayers are with the Powell family as they mourn a great loss. Gen. Colin Powell led of life full of service and his remarkable legacy will continue to impact the world.

Thank you, General Powell for a lifetime of service and for putting country over party when doing so was extremely difficult. https://t.co/k9a9SAm54V

We lost a genuine American Hero today. Rest In Power Colin Powell. You led by example. My condolences to the Powell family. pic.twitter.com/viRDoK6JVC

We are deeply saddened by the passing of General Colin Powell, the first Black Secretary of State and the youngest Chairman of the Joint Chiefs of Staff. His legacy of valor, and integrity will resonate for generations to come.

Our prayers are with his family and loved ones. https://t.co/Tuy8N2Dypa

Colin Powell was the epitome of a soldier-statesman. Agree with him or not, he was a patriot committed to public service and doing his very best to advance U.S. interests. He left an indelible mark on the U.S. Military and this nation. May his memory be a blessing. https://t.co/CozjCruKjj