Colin Powell Was a Titan of American Life 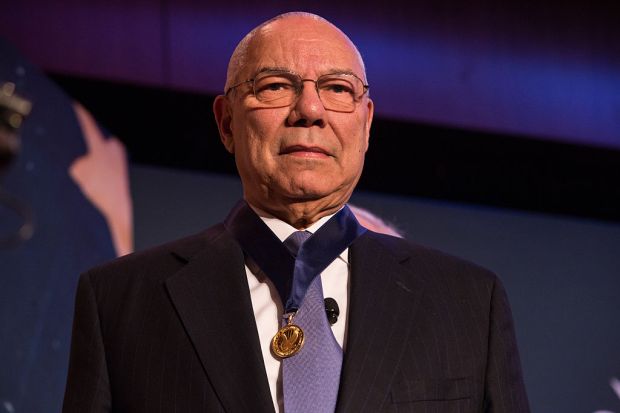 Colin Powell, the first black US Secretary of State, has died from Covid-19 complications. He was 84.

“General Colin L. Powell, former U.S. Secretary of State and Chairman of the Joint Chiefs of Staff, passed away this morning due to complications from Covid 19,” Powell’s family wrote.

“We have lost a remarkable and loving husband, father, grandfather, and a great American,” the family said, noting he was fully vaccinated.

According to CNN’s Jake Tapper, Powell was fighting multiple myeloma, a cancer of plasma cells that suppresses the body’s immune response, which was a profound challenge when he contracted Covid.

The Powell family confirmed the former US secretary of state died at Walter Reed National Medical Center, where he was receiving treatment.

Before Barack Obama was elected president, Powell and his successor, Condoleezza Rice, were the highest-ranking African Americans in the history of the federal executive branch.