There’s a devil loose: One deputy is shot dead and another two are injured in ‘ambush attack’ by man with AR-15-style rifle outside Houston bar: Manhunt is launched for gunman who fled scene 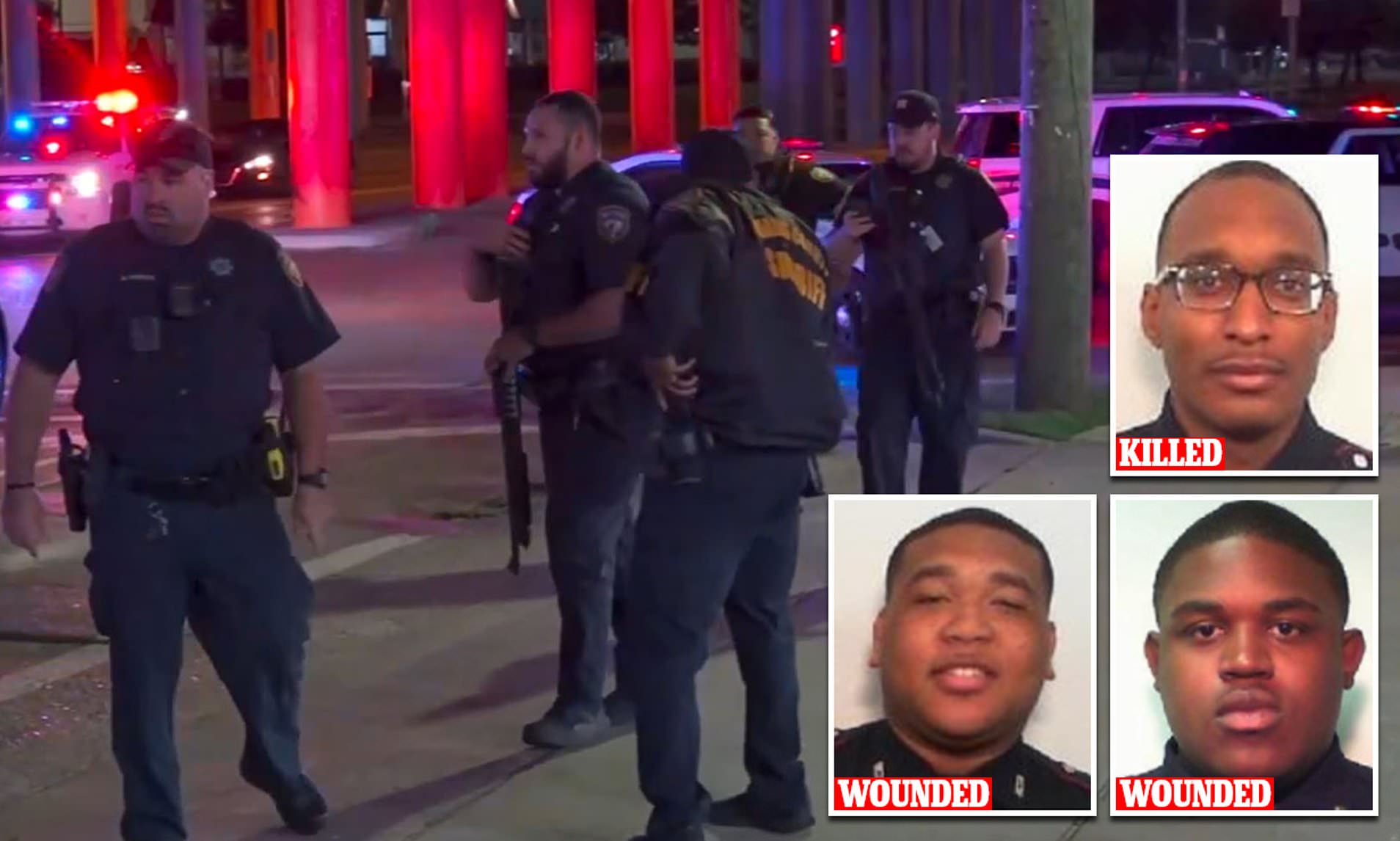 A man with an AR-15-style rifle ambushed three constable deputies outside a Houston bar early Saturday, killing one and leaving two others wounded, authorities in Texas said.

The constable deputies were working extra security jobs at the 45 Norte Sports Bar when two of them responded to a witness’ report of a suspected robbery outside the business around 2.15am, Harris County Precinct 4 Constable Mark Herman said.

Deputies Kareem Atkins and Darrell Garrett were trying to arrest someone when another person ambushed them.

Their attacker had an AR-15-style rifle and opened fire on them from behind, according to authorities. Deputy Juqaim Barthen was shot when he came to help.

Herman said the attacker ‘came from around a car with a rifle and basically shot them right there.’

Authorities detained one person near the scene but he is not believed to be the shooter, according to the Houston Police Department, who is investigating the shooting.

Deputy Atkins, 30, was killed in the attack, and deputies Garrett, 28, and Barthen, 26, were wounded.

Atkins had recently returned to work from paternity leave and leaves behind a wife and a two-month son.

Garrett was shot in the back and needed surgery, while Barthen was wounded in the foot.