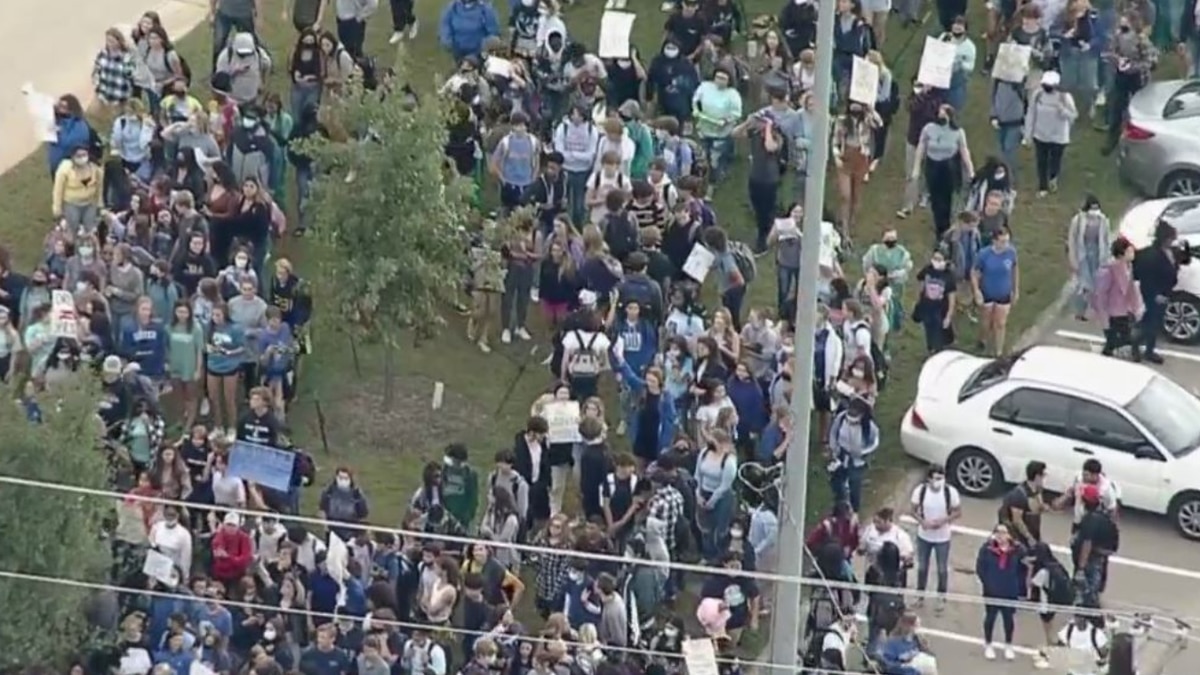 The students came together and just after 10:00 a.m. exited the building supposedly to protest the school’s handling of sexual assault cases.

According to the Denton Record-Chronicle, one of the assaults allegedly happened on October 6 on the Guyer campus.

Friday’s walkout was held to support of the alleged sexual assault victim and demand action by police, organizers said.

The students walked out of the front the school and gathered in a parking lot. Many were holding homemade signs; one saying “Hold Him Accountable” and another said “We Believe You.”

Students who spoke with CBS 11 News called on the district to “do more to protect them” and to support victims of sexual assault.

Parents also joined in the calls for change.

One mother said tearfully, “Our kids deserve to be safe and we need to trust the adults are going to do the right thing when no one’s looking… and they’re still not doing it, and it’s not right.”