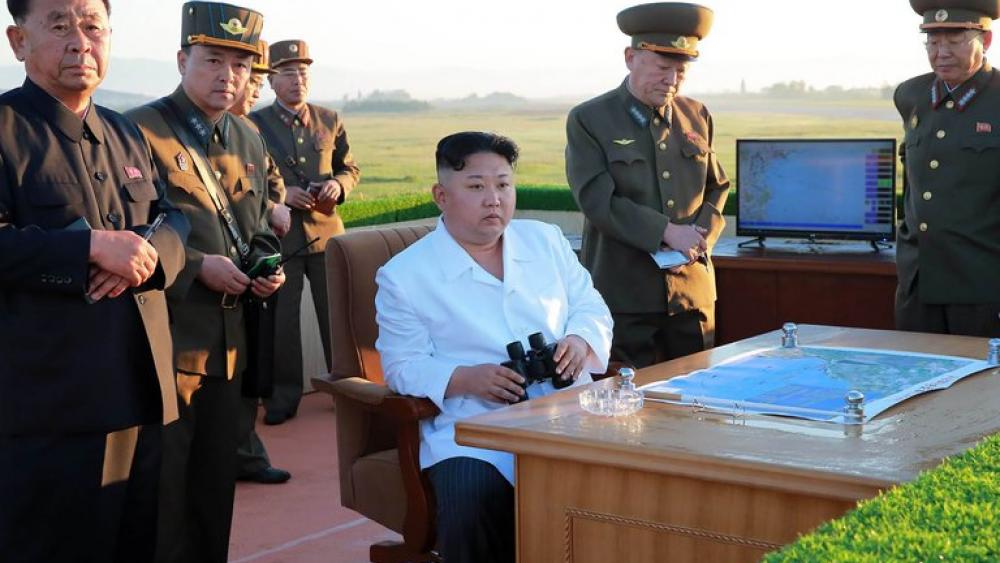 A former North Korean high-ranking intelligence official says the regime of President Kim Jong Un was so desperate to make cash that he resorted to drug deals, weapons sales, and terror in order to maintain his tight grip on the hermit kingdom.

Kim Kuk-song broke his silence for the first time this week after defecting 7 years ago, telling BBC News that the young 37-year-old dictator is eager to prove himself as a “warrior” to his people and the world.

That warrior-like spirit was on display as Kim and his top leaders watched bare-chested North Korean soldiers break through layers of bricks and glass, as others performed various unusual martial arts-like routines marking the 76th anniversary of the ruling Workers’ Party of Korea.

North Korean state media says the strength of these soldiers was “bestowed upon them” by their dear leader Kim Jong Un.

North Korea put on one of its largest displays of military hardware and advanced weapons systems in decades to mark the anniversary.