Biden to meet with pope, push for global tax in Rome 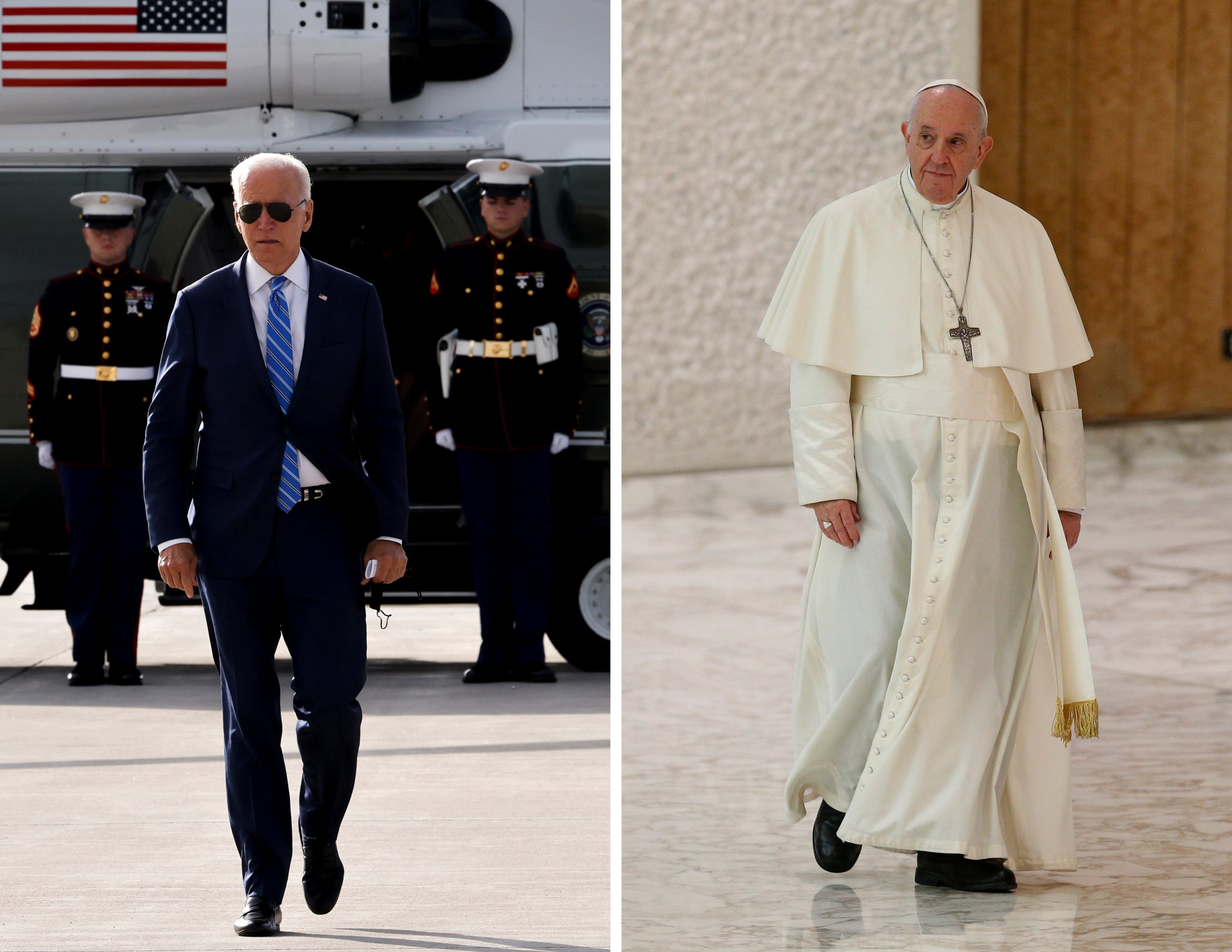 WASHINGTON (Reuters) – President Joe Biden will meet with Pope Francis on Oct. 29 before attending a two-day summit of G20 leaders in Rome where he hopes to reach agreement on a Global Minimum Tax of 15%, White House officials said on Thursday.

On the second foreign trip of his presidency, Biden will then attend the U.N. climate conference known as COP26 in Glasgow, Scotland, from Nov. 1-2 and announce “key actions” on the conference’s top themes, including goals for fighting climate change and forest and land use, one White House official told Reuters.

Biden’s visit with the pope comes as some Roman Catholic bishops in the United States have sought to admonish Biden for his support of abortion rights. Biden is a Catholic who attends church regularly. His wife, Jill Biden, will also attend the meeting with Pope Francis.

“They will discuss working together on efforts grounded in respect for fundamental human dignity, including ending the COVID-19 pandemic, tackling the climate crisis, and caring for the poor,” White House spokesperson Jen Psaki said in a statement about the meeting.

Biden’s visit to Italy and Britain for meetings with major world leaders is meant to signal that the United States is re-engaging with international groups after four years of Republican former President Donald Trump’s “America First” policies.

But the trip comes amid international frustration over the chaotic American withdrawal from Afghanistan, a rift with top ally France over a submarine deal with Australia, and question marks over the U.S. ability to meet Biden’s climate goals as lawmakers within his own Democratic Party haggle over his multitrillion-dollar legislative agenda.

Biden is likely to meet with French President Emmanuel Macron while the two leaders are in Rome, the White House official said.

At the Group of 20 meeting of the world’s major economies, Biden will focus on reaching a deal on a Global Minimum Tax as well as fighting the COVID-19 pandemic and boosting the global economic recovery.

At the Glasgow climate summit, Biden’s announcements about U.S. commitments of cash and action to fight global warming will be closely watched by other countries and advocacy groups who are wary of the U.S. record on climate change after Trump withdrew from the Paris Climate Accord.

Biden brought the United States back into the agreement after he entered office in January and has since set a goal to cut U.S. emissions of greenhouse gases by 50%-52% from 2005 levels by 2030.

But reaching that goal depends in part on whether Congress passes bills that include measures to fight climate change. Lawmakers may still be negotiating over that legislation when Biden attends the Glasgow summit.