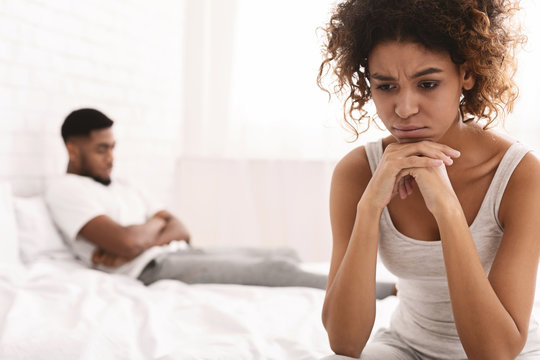 My pastor husband is currently leading our congregation through a sermon series in Song of Songs. It’s not a book many of us have studied; and certainly not one we’ve heard from the pulpit. We don’t really know what to do with this love story and may wonder why it’s in the Bible at all.

But in Jewish tradition Song of Songs is read out loud in the synagogue at Passover. Some Jewish sects even read it at weekly Shabbat services. Mind you, these are occasions where children and adults are gathered together for the hearing of the word.

It’s that significant of a book and we Christians would do well to take heed.

Many Jews hold a metaphorical view of the conversation between the man and the woman in Song of Songs being reflective of God’s love for his people. But the descriptive language makes most of us blush—I know I have, while sitting next to my teenage boys as my husband expounds upon the text.

Why is it though, that we can be inundated with sexual images in media and sexual innuendos in music and not bat an eye, but when the Creator of sex speaks about it, we start to squirm? It’s time Christians and the church stop treating sex like a taboo topic and start thinking biblically about it.

Here are six reasons why we need to stop treating sex like a taboo topic.

1. Sex in Marriage Is Good

Years ago, when leading a middle school girls Bible study, one of the girls asked me to explain, “In them he has set a tent for the sun, which comes out like a bridegroom leaving his chamber (Psalm 19:4-5).” After a brief but candid conversation about honeymoon sex, another girl responded that “no way her parents did that!” I assured her they did (and not just on their honeymoon) and to conceive she and her siblings, which left her quite shocked.

The reason she had a hard time accepting her parents’ sex life stems from the connotation that sex is dirty. Unfortunately, when the message many young people hear about sex from both the church and their parents is “No, no, no,” it is assumed sex is bad. Conditioned to think this way about sex makes it challenging, sometimes even long after the doors to “yes” have flown open, to see sex in marriage as not only permissible but actually encouraged.

Instead of law (“no, no, no”), sex should be presented as God’s good gift given to husbands and wives to enjoy together. The truth is God actually delights in a married couple coming together, naked and unashamed.

He designed sex to be the covenant glue in marriage and every time a couple comes together sexually, they exhibit and build up their love to one another.

2. Conversations in Marriage about Sex Are Necessary and Good

Because shame so often surrounds sex, it makes talking about it with our spouses hard. If we waited until marriage for sex, even years into marriage we may still wrestle with embarrassment or confusion over sexual desires. Or, because of past sexual experiences we may still carry hurt, regret, rejection, manipulation, abuse, guilt and shame. Any of these feelings left unaddressed build up barriers in marriage, both in the bedroom and outside of it.

Just as the infrequency of sex in marriage will create problems, so will neglecting to talk about it. But in pushing past the awkward, we may actually draw nearer to our spouse. And in the process learn better how to please and serve each other, which reflects and displays the image of God.

3. Sex Is Defined by God, Not Culture

At a recent youth ministry conference, pastors from around the country said the most pressing issue they deal with in their ministries is sex. Not just the ever-pertinent question, “How far is too far?” though certainly dating relationships and premarital sex is included.

But to an even greater degree, questions and confusion over gender issues, sexual identity, and same-sex attraction. In many cases this is not just youth group kids asking for a friend, but churched kids struggling themselves to see disordered desires as sin. They know what the Bible says, but struggle to believe God’s word is authoritative and still relative today.

The changing sexual ethics that have swept over our country have infiltrated the church. Christians too have bought into the notion that everyone deserves to be who they feel they are and have all their desires met.

To this end, we’ve made man his own god and truth relative to our own experience.

What we need is a worldview reorientation to see all of life through the lens of creation, fall, redemption, and restoration.

From a biblical worldview we see distorted desires are effects of the Fall, not an identity to embrace. And as with all sin we are called to deny ourselves, putting to death our fleshly desires. The fact that this is hard—and that we struggle to live pure and holy or even want to—points to our need to live in daily reliance on a Savior.