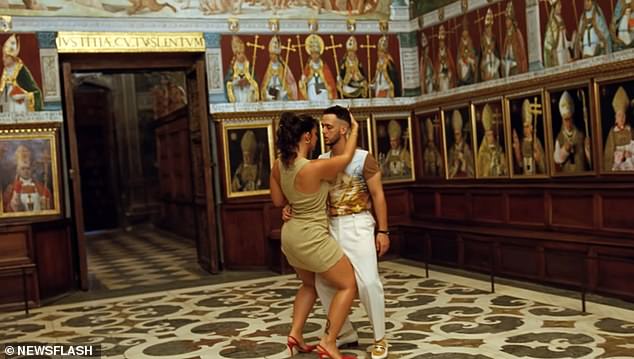 A priest has been forced to resign and an archbishop apologise after a rapper was allowed to film a raunchy music video inside Spain’s Toledo Cathedral.

In the video, for a song called Atheist, Spanish rapper C. Tangana dances sensually with Argentine singer Nathy Peluso while stunned worshippers peek from behind pillars.

‘I was an atheist, but now I believe/ Because a miracle like you must have come from heaven, sing the pair, who have a slew of Latin Grammys between them.

In one sequence, Peluso appears nude, albeit pixelated, holding Tangana’s decapitated head, while in another, he jerks back her long hair, bending her into a provocative pose.

It was this image in particular which drew ire from religious social media users.