Gabby Petito was strangled to death and her body had been outside in the Wyoming wilderness for ‘three to four weeks’ before it was discovered, autopsy finds: Hunt for fiancé Brian Laundrie continues 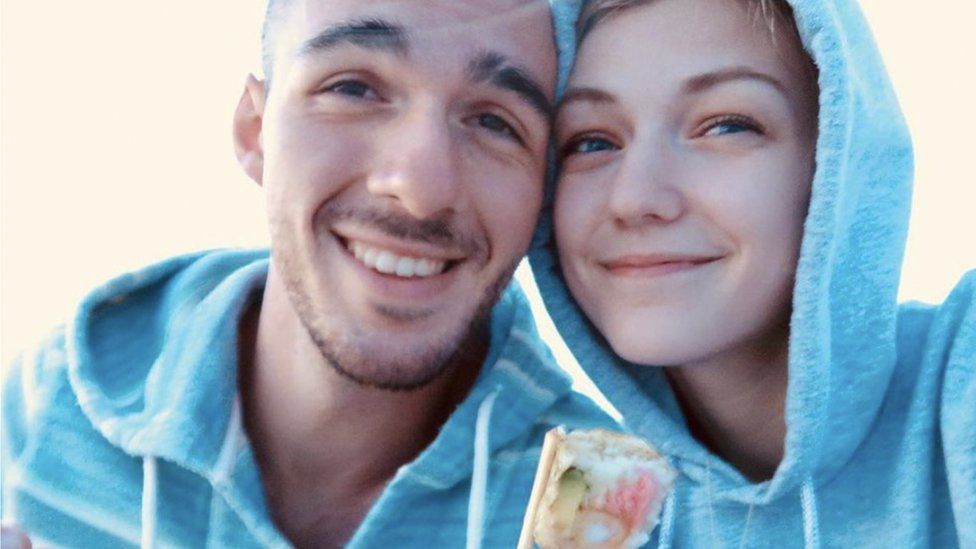 Gabby Petito died by strangulation, was the victim of domestic violence, and her body lay undiscovered in the remote Wyoming wilderness for up to four weeks after her murder, the coroner revealed Tuesday. Teton County Coroner Dr. Brent Blue released the findings of the 22-year-old van-life vlogger’s autopsy in a press briefing Tuesday afternoon, as her fiance Brian Laundrie spent his fourth week on the run from law enforcement. ‘We find the cause of death to be strangulation and the manner is homicide,’ he said. Blue did not provide a specific date for when Petito was murdered, saying only that ‘the body was in the wilderness for three to four weeks’ and that an ‘approximate date’ would have to be placed on her death certificate. Petito’s body was discovered in a campsite close to the Grand Teton National Park in Wyoming on September 19 – eight days after her family reported her missing and 22 days after the last reported sighting of her alive on August 27. The coroner said he could not determine whether Petito had been strangled by hand or using something else. He declined to provide any further details about bruising or injuries found on Petito’s body, and would also not reveal whether any drugs had been found in her system through toxicology tests – saying only the cause and manner of death is released in the state of Wyoming.