What America’s Port Crisis Looks Like Up Close: What Once Seemed Like a Temporary Phenomenon Is Increasingly Viewed as a New Reality That Could Require Refashioning the World’s Shipping Infrastructure. 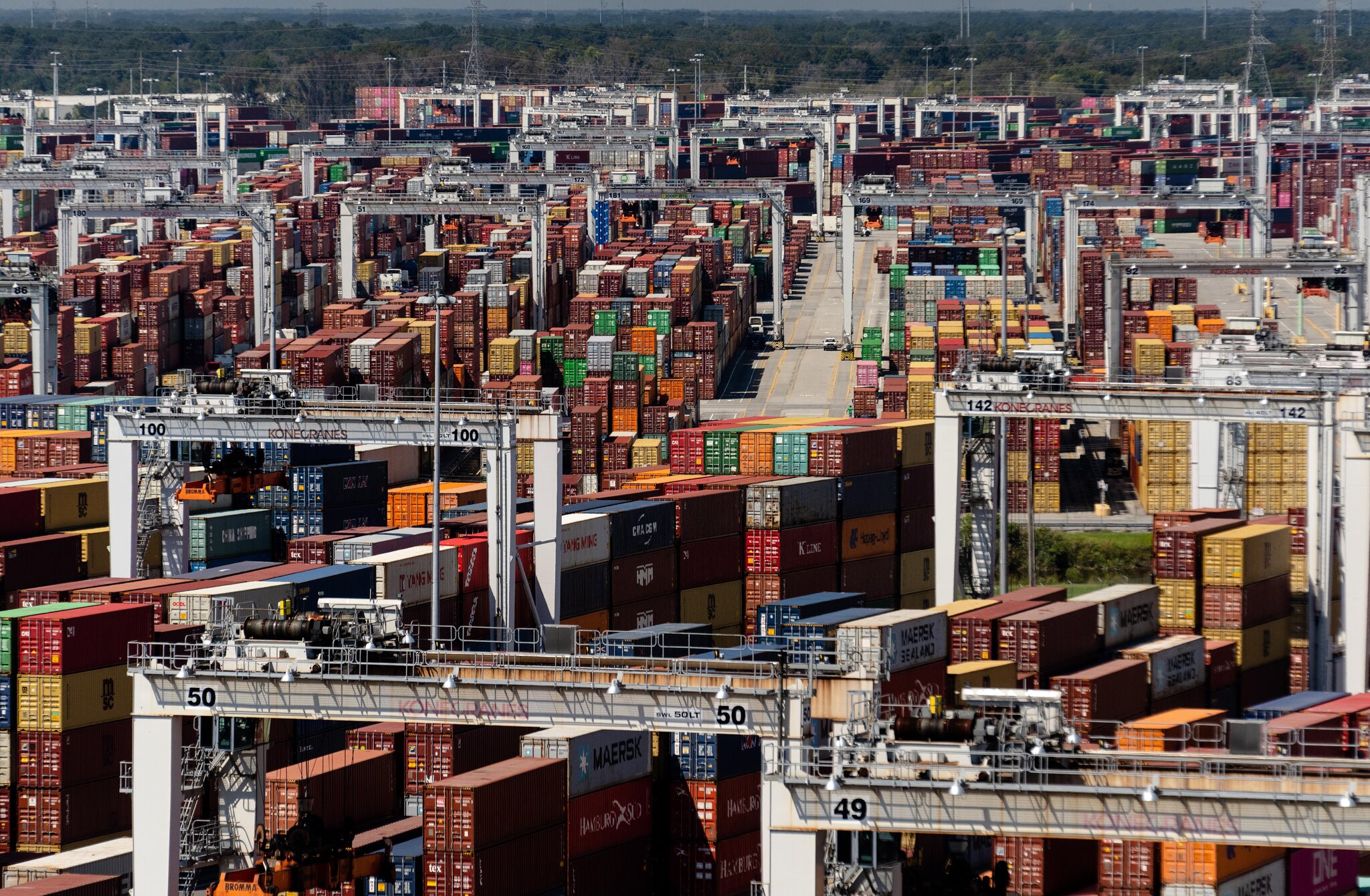 SAVANNAH, Ga. — Like toy blocks hurled from the heavens, nearly 80,000 shipping containers are stacked in various configurations at the Port of Savannah — 50 percent more than usual.

The steel boxes are waiting for ships to carry them to their final destination, or for trucks to haul them to warehouses that are themselves stuffed to the rafters. Some 700 containers have been left at the port, on the banks of the Savannah River, by their owners for a month or more.

“They’re not coming to get their freight,” complained Griff Lynch, the executive director of the Georgia Ports Authority. “We’ve never had the yard as full as this.”

As he speaks, another vessel glides silently toward an open berth — the 1,207-foot-long Yang Ming Witness, its decks jammed with containers full of clothing, shoes, electronics and other stuff made in factories in Asia. Towering cranes soon pluck the thousands of boxes off the ship — more cargo that must be stashed somewhere.

It has come to this in the Great Supply Chain Disruption: They are running out of places to put things at one of the largest ports in the United States. As major ports contend with a staggering pileup of cargo, what once seemed like a temporary phenomenon — a traffic jam that would eventually dissipate — is increasingly viewed as a new reality that could require a substantial refashioning of the world’s shipping infrastructure.

As the Savannah port works through the backlog, Mr. Lynch has reluctantly forced ships to wait at sea for more than nine days. On a recent afternoon, more than 20 ships were stuck in the queue, anchored up to 17 miles off the coast in the Atlantic.