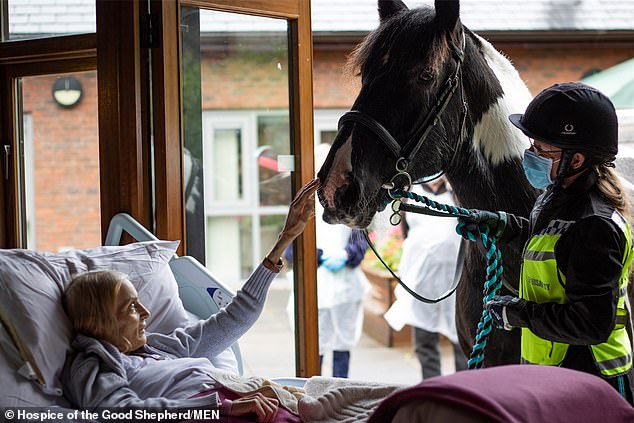 Touching photos show how a terminally ill woman was given the chance to say goodbye to her beloved pet horse and dogs from her hospice bed.

Jan Holman, 68, from Cheshire spent four weeks at the Hospice of the Good Shephard in Chester where she found herself desperately missing her two Cavalier King Charles Spaniels Monty and Rowley and horse Bob, a piebald Cob. 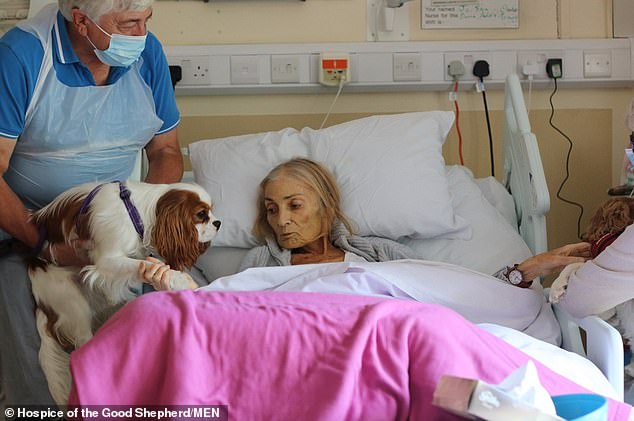 She had been riding Bob everyday until her hospice admission and described him as being ‘such an important part of her life’.

Staff decided to surprise her by putting her furry friends on the list to give Jan a heartfelt reunion with her beloved trio.

Even though Jan, wasn’t able to get out of bed, she said she was so excited to have the chance to see Bob one more time. 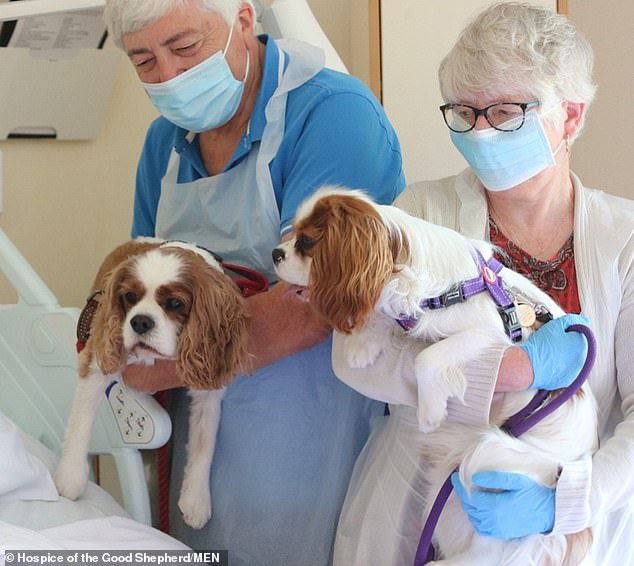 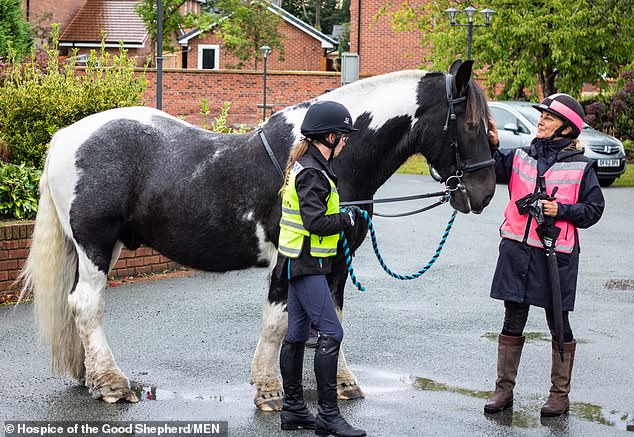 The nurses wheeled her bed to the patio doors and the team from Thornleigh Park Farm Stables, where Bob is in livery, and walked him into the hospice courtyard for a very emotional reunion between horse and owner.