If Jon Gruden Has to Resign for These Things, Then Certainly Urban Meyer Needs to Resign Today Too 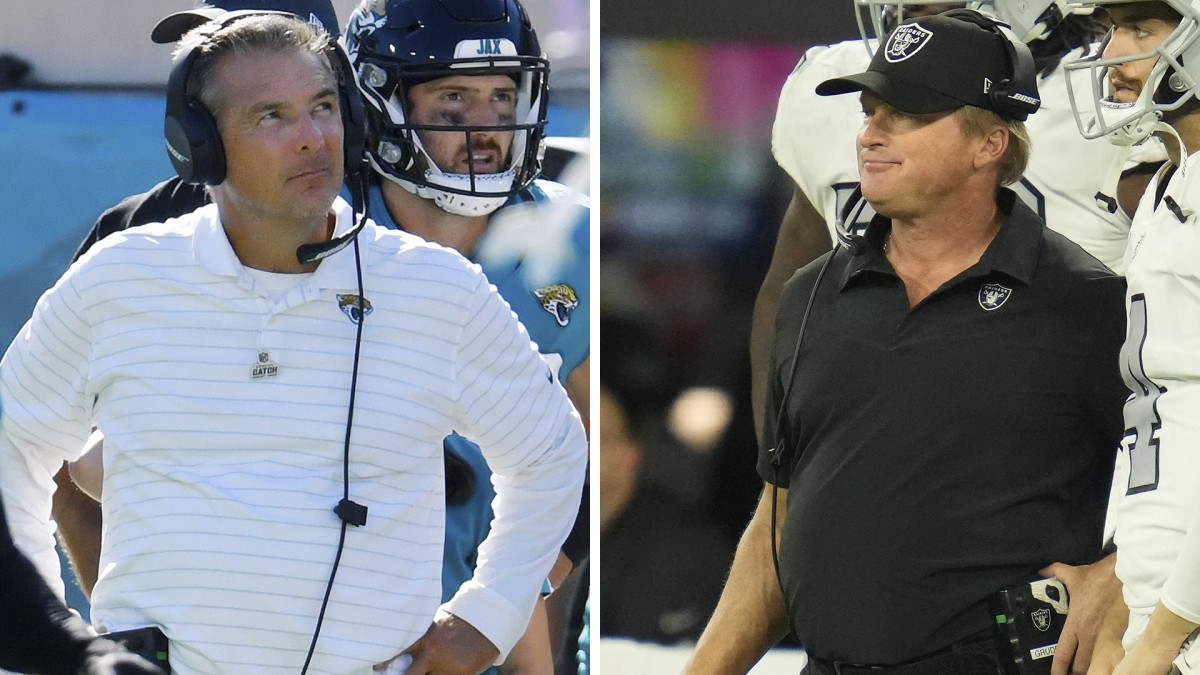 Jon Gruden is out as the Raiders’ head coach, and it’s by his own doing. NFL Media reports that Gruden has informed his staff he is resigning from his position in the wake of leaked emails in which he repeatedly used insensitive language.

Already under investigation by the NFL for a 2011 email in which he used a racial trope to criticize NFL Players Association executive director DeMaurice Smith, Gruden admitted Friday that he also used profane language to describe NFL Commissioner Roger Goodell. According to The New York Times, however, Gruden’s questionable conduct extended far beyond those comments, with Ken Belson and Katherine Rosman reporting Monday that the 58-year-old “casually and frequently unleashed misogynistic and homophobic language” to denigrate NFL peers from 2010 all the way to 2018, when he rejoined the Raiders.

CBS Sports NFL Insider Jason La Canfora has confirmed the contents of emails and Gruden’s resignation obtained by the Times, which were sent by the NFL to the Raiders for review. Gruden’s initial comments regarding Smith, which first surfaced in a Wall Street Journal report and stemmed from a separate workplace investigation into Washington Football Team, are just one piece of a bigger issue at hand. The league was “waiting on the Raiders to take action,” per La Canfora, and was prepared to “step in” if Las Vegas did not address the situation beyond public denouncement of Gruden’s emails.

Among Gruden’s uncovered emails, which were sent to former Washington Football Team president Bruce Allen, are messages criticizing the emergence of women as NFL referees, as well as profane or frustrated reactions to former Rams draft pick Michael Sam’s entry to the NFL as an openly gay player, and league-wide tolerance of former 49ers safety Eric Reid protesting racism during the playing of the national anthem.

The emails, which span from 2010 until 2018, when the coach signed a 10-year deal with Las Vegas after years as a “Monday Night Football” analyst, include Gruden calling Goodell a “f—–” and “clueless anti-football p—-,” criticizing Goodell for allegedly pressuring then-Rams coach Jeff Fisher to draft “queers,” and messages to Allen that featured photos of topless Washington Football Team cheerleaders.

More than 650,000 emails were reviewed by NFL executives as part of the workplace investigation in Washington, per The Times. Gruden, who did not immediately respond to a Times request for comment, has said publicly only that he doesn’t remember seeing the messages about Smith, but that his language “went too far” and didn’t hide the fact he doesn’t have “a blade of racism.”