There’s a devil loose: Cancer nurse dies after being left brain dead by mugger who threw her to the ground in Times Square as she prepared to see her family for the first time since pandemic began 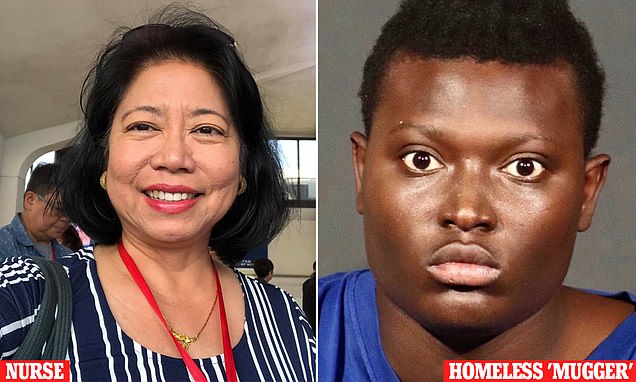 A New Jersey nurse who worked with cancer patients has died after being sent crashing into the sidewalk by a fleeing homeless man suspected in two robberies within two hours near Times Square in the crime-riddled city.

Maria Ambrocio, 58, an oncology nurse from Bayonne who has was preparing to see her family for the first time since the pandemic began, was confirmed dead Saturday night after fighting for her life at Bellevue Hospital.

Carlito had previously said that Maria ‘doesn’t have much time,’ her blood pressure is dropping and she is ‘brain dead.’

The senseless tragedy comes as the city’s crime rate continues to soar, with many blaming the violence on a court system that has gone soft on criminals.