Queen Victoria was a nagging wife: Prince Albert’s revealing letters tell how the ‘selfish’ Queen ‘lost control’ and followed him ‘from room to room’ as bust-up escalated 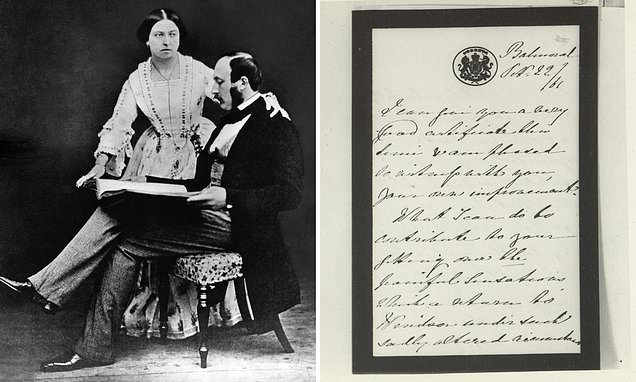 They were a royal love match known for their passion and devotion. So it’s rather comforting to know that even Queen Victoria and her beloved Prince Albert were not immune from the odd marital spat. Their rows were meticulously recorded by Albert and are among 22,000 papers and photos relating to his life and legacy made available online for the first time. In one letter, in his native German, Albert angrily chides feisty Victoria that she has again ‘lost her self-control’ and revealed how she followed him ‘from room to room’ rowing and refusing to back down. He says: ‘You have again lost your self-control quite unnecessarily. I did not say a word which could wound you and I did not begin the conversation, but you have followed me about and continued it from room to room.’