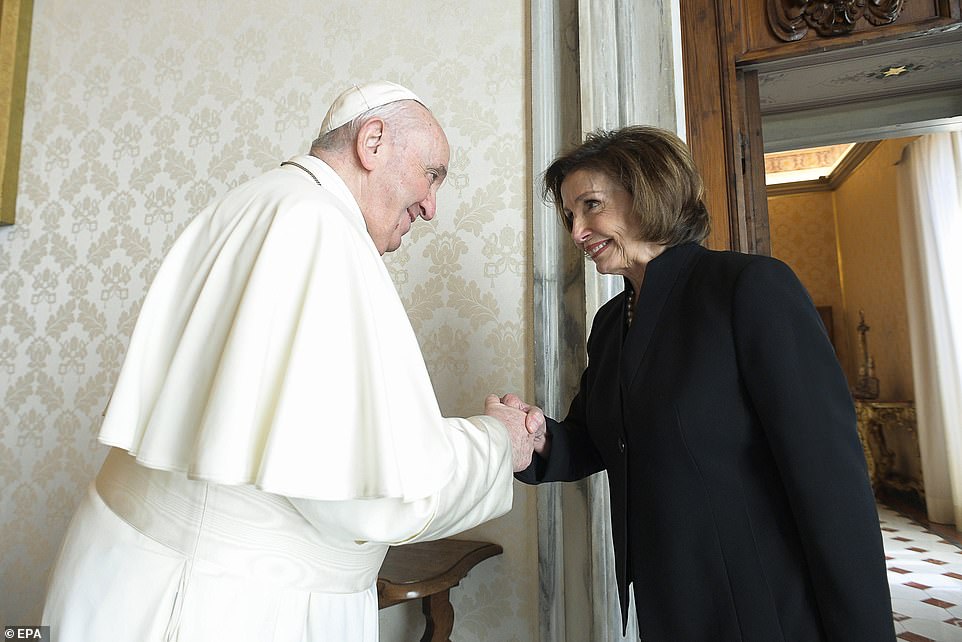 Pope Francis has met with U.S. House Speaker Nancy Pelosi, a Catholic who has come under criticism from some bishops in the United States for her support for abortion rights.

Their meeting took place in Vatican City on Saturday, several weeks before Joe Biden is expected to meet the Pope when the the president is in Rome for talks between leaders of the Group of 20 major economies.

The Vatican announced Pelosi’s audience with the Pope in its daily bulletin but gave no details.

Biden, the second Catholic U.S. president, has said he is personally opposed to abortion but, as a politician, cannot impose his views. Pelosi, who has five children, has said she supports a woman’s right to choose.

Biden’s administration and Pelosi have urged judges to block a new Texas law which bars abortions from six weeks, saying it is unconstitutional.

The ban was temporarily reinstated on Friday by a conservative-leaning appeals court.