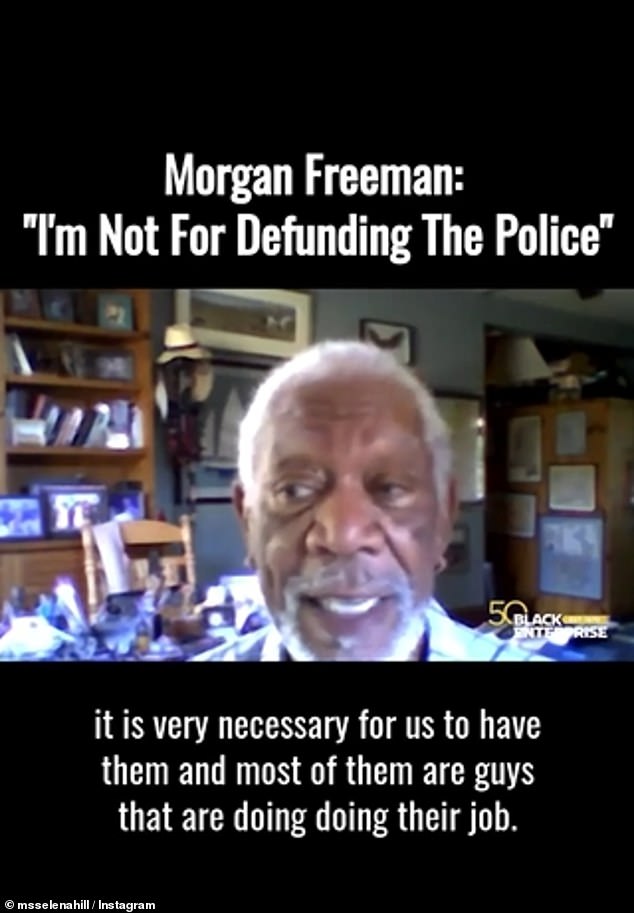 Morgan Freeman says he rejects the idea of defunding the police across the country, saying that ‘most of them are doing their job’ while breaking with his typically progressive leanings.

‘I’m not in the least bit for defunding the police,’ Freeman said in an interview with Black Enterprise’s Selena Hill.

‘Police work is, aside from all the negativity around it, it is very necessary for us to have them and most of them are guys that are doing their job. They’re going about their day-to-day jobs. There are some police that never pulled their guns except in rage, that sort of thing. I don’t know.’

The 84-year-old actor was there promoting his new movie, ‘The Killing Of Kenneth Chamberlain,’ a film about a police killing of an elderly black veteran.

The news comes just months after Freeman, along with a criminal justice professor at the University of Mississippi, Linda Keena, donated $1 million to the school to create a Center for Evidence-Based Policing and Reform.

‘Look at the past year in our country – that sums it up,’ Freeman said in June.

‘It’s time we are equipping police officers with training and ensuring ‘law enforcement’ is not defined only as a gun and a stick. Policing should be about that phrase ‘To Serve’ found on most law enforcement vehicles.’

Meanwhile, Freeman’s co-star in the film, Frankie Faison, agreed with the legendary actor’s take on not defunding the police nationwide.