‘I picked him up and he was naked, no shoes, no clothing, nothing’: Good Samaritan describes ‘miracle’ moment he found three-year-old Texas boy hungry and dehydrated but ‘unscathed’ in the woods three days after he went missing 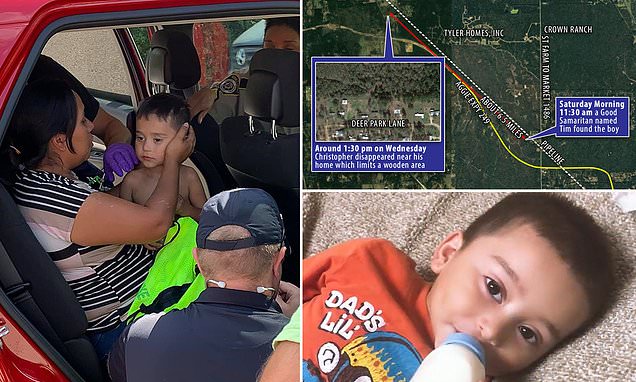 A Texas Good Samaritan has shared how he found the three-year-old boy that had been missing in the woods for three days naked, but alive and ‘calm,’ and revealed that he was inspired to search after members of a Bible study class prayed for a ‘miracle.’ Christopher Ramirez was feared kidnapped after he chased a dog into a wooded area while his family was unloading groceries from their car. But he was found Saturday morning about six and a half miles from his home ‘tired,’ ‘hungry’ and ‘dehydrated,’ but in ‘overall good spirits,’ Grimes County Sheriff Don Sowell told 6 ABC.