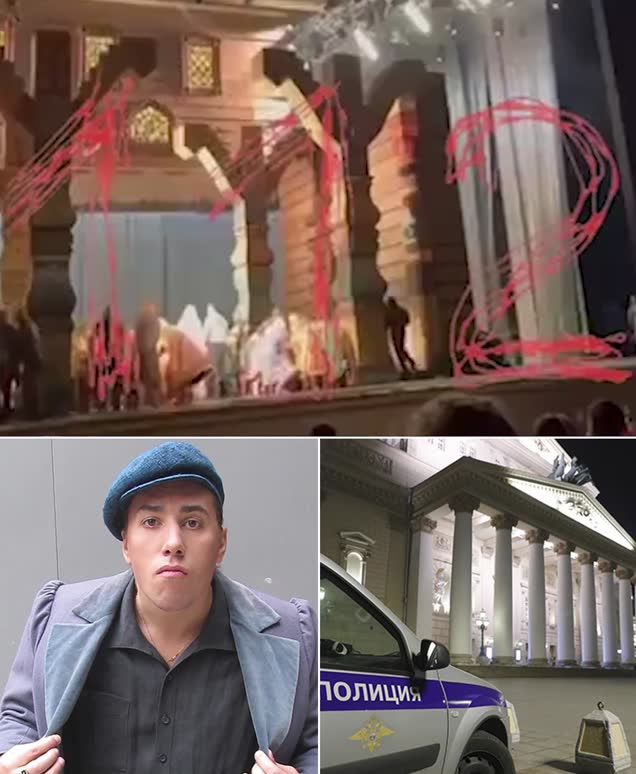 The clip shows a huge backdrop being lowered onto the stage behind the actors during a scene change, but Yevgeny Kulesh, 37, somehow became trapped underneath the backdrop and was subsequently crushed to death. A man can be heard shouting while the orchestra continues to play, before the music cuts off abruptly and the cast break out into screams at the sight of the accident. The incident occurred during a set change in Sadko, an 19th century opera by Russian composer Nikolai Rimsky-Korsakov. The theatre said Yevgeny Kulesh, who had been with the theatre since 2002, died at the scene as the audience was promptly ushered out of the performance hall.