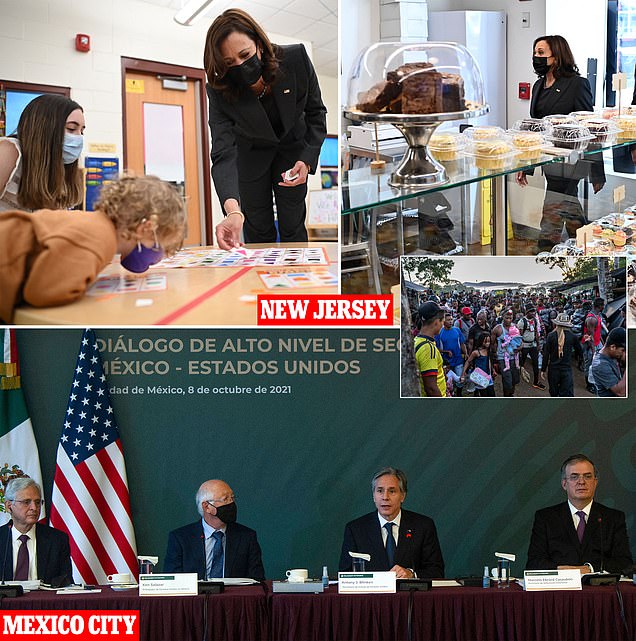 The vice president, who was put in charge of tackling the border crisis by Joe Biden back in March, delegated the thorny meeting in Mexico’s capital to US Secretary of State Antony Blinken.

Blinken was joined by Secretary Alejandro Mayorkas and US Attorney General Merrick Garland and US Ambassador to Mexico Ken Salazar in efforts to mend America’s fractious ties with Mexico.

As officials from the two nations worked hashed out a new security cooperation accord and deal with a surge in migration across the border, Harris was nowhere to be seen.

Instead, Harris spent the day in New Jersey where she played bingo with kids at a daycare center, stopped by a vaccination site and even had time to sample some cake at a Newark bakery.

The vice president has repeatedly come under fire from Republicans over her handling of the migrant crisis, ever since she was tapped by Biden as America’s border czar.

Harris was especially slammed for her failure to visit the border to see the state of affairs for herself.

She finally bowed to pressure and visited the border at El Paso, Texas, in June. It is the only time she’s been to the border since taking office.