Here We Go, There’s a Devil Loose, and the Devil Is a Lie: Colorado Father Is Sentenced to 48 Years in Prison for Killing His 13-year-old Son in a Fit of Rage After the Boy Found Demonic Homosexual Fetish Photos of Him Wearing a Red Bra and Eating Feces From a Diaper 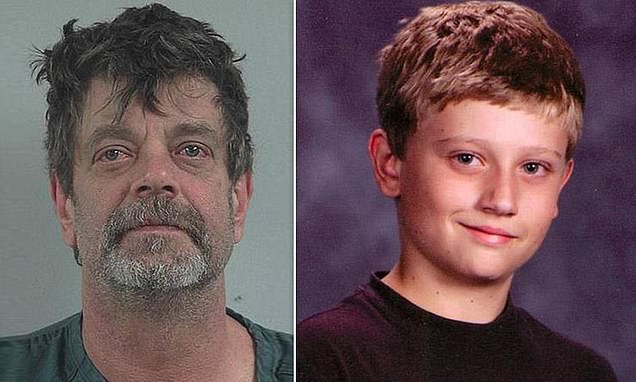 A Colorado father has been sentenced to 48 years in prison for killing his son after the boy found fetish pictures of him wearing a red bra and eating feces from a diaper.

Redwine was convicted of second-degree murder and child abuse resulting in death.

While Redwine didn’t speak during the sentencing, Judge Wilson said that the 60-year-old has taken no responsibility for his actions and that he could not remember a defendant that has shown less remorse than him.

‘The community needs to be protected from you. You need to be removed from society for a very long period of time,’ Wilson in court on Friday. ‘I’m going to sentence you to 48 years on both counts, with five years of parole, will be served concurrently. You’ll receive 1,540 days of credit for time served.’

Redwine was indicted in 2017 in the disappearance of his son Dylan Redwine, who was reported missing in November 2012 while on a court-ordered Thanksgiving visit to his father’s home outside Durango in southwest Colorado, AP reported.

The 13-year-old’s partial remains were found a few miles from his father’s home in 2013. His skull was not found until 2015 when it was discovered by hikers.

A jury convicted Redwine in July after less than a day of deliberations.

Prosecutors argued at trial that Redwine killed Dylan in a fit of rage after they argued over embarrassing photos of him wearing women’s lingerie and eating feces from a diaper.

Dylan’s older brother took his own photos to save on his phone and said during cross-examination that he sent copies of the compromising photos to his father in August 2012, while Dylan and Mark Redwine were alone on a trip together.

Dylan knew about the photos and was not harmed on that trip, despite the texting confrontation between Cory and Mark Redwine.