Florida city’s first ever black female firefighter sues city for $100,000 over mural that depicted her as white 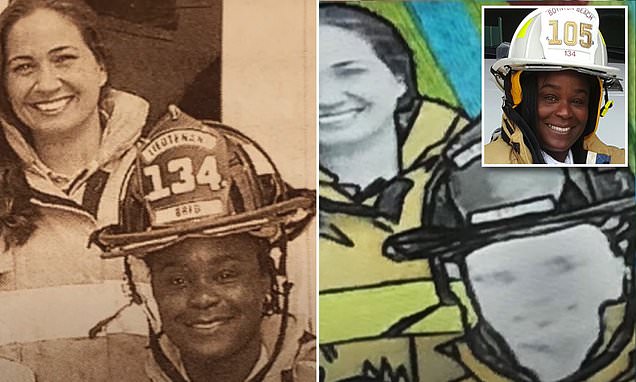 Boynton Beach, Florida’s first-ever black female firefighter has filed a $100,000 lawsuit against the city for defamation and negligence after it unveiled a mural last year that depicted her as a white woman.

Latosha Clemons, who joined the Boynton Beach and Fire Rescue Department in 1996 and also became its first black deputy chief 20 year later, alleged she suffered mental anguish after seeing the mural last summer, which was meant to celebrate her and her department.

‘Being depicted as white was not only a false presentation of Clemons, it was also a depiction which completely disrespected all that Clemons, the first female black firefighter for the City, had accomplished,’ the lawsuit states.

It added that Clemons experienced ‘mental and emotional harm, pain and suffering and damage to personal and professional reputation, as well as subjected her to ridicule, contempt, disgrace and/or humiliation both in the City Administration and in the community at large.’