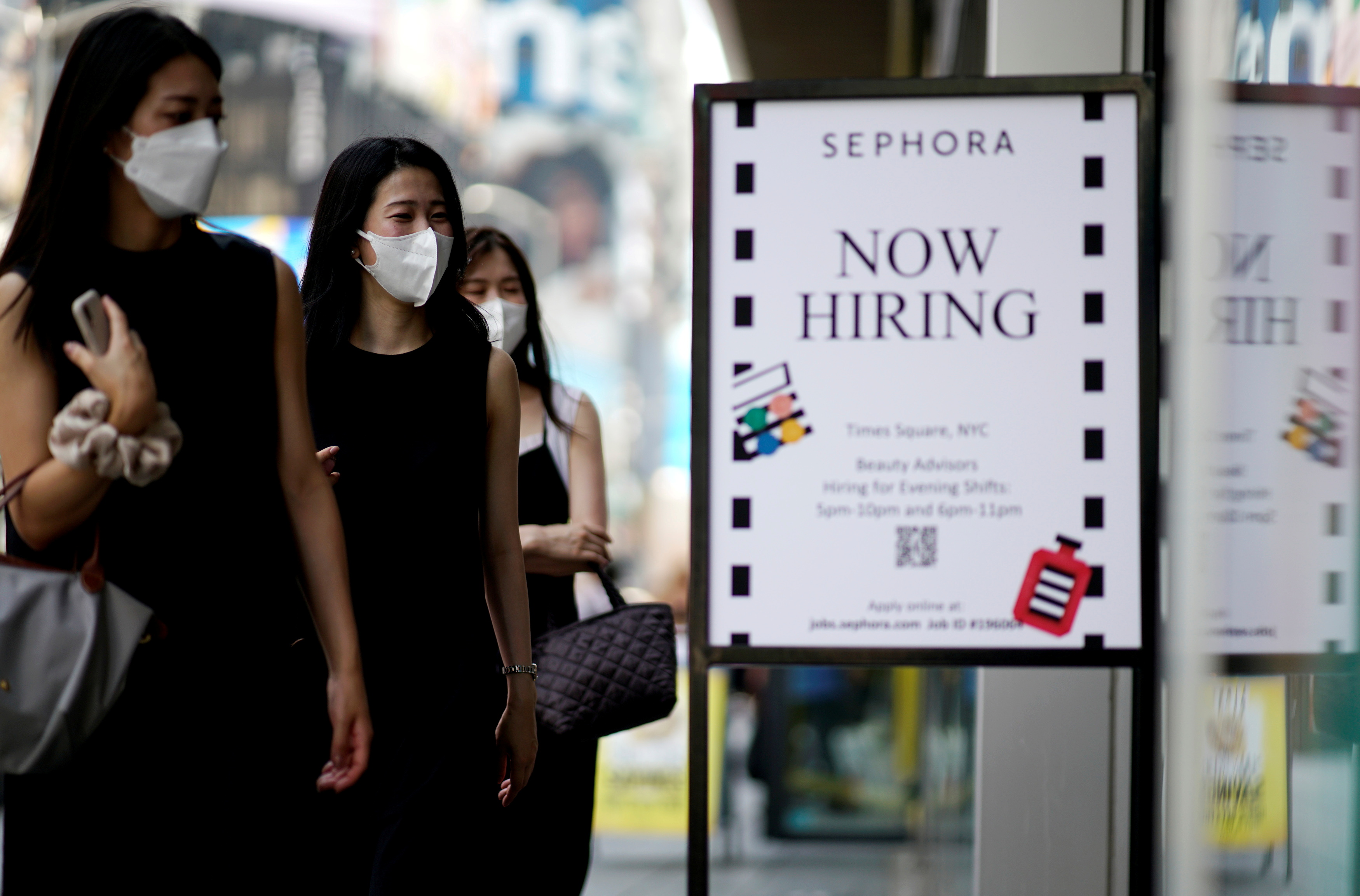 WASHINGTON, Oct 8 (Reuters) – The U.S. economy created the fewest jobs in nine months in September amid a drop in hiring at schools and worker shortages, but ebbing COVID-19 cases and the end of generous unemployment benefits could boost employment gains in the months ahead.

Though the Labor Department’s closely watched employment report on Friday showed the unemployment rate dropping to an 18-month low of 4.8%, that was in part due to people leaving the labor force. But there were signs of labor market tightness. Wage gains accelerated further, permanent job losses decreased and fewer people were experiencing long spells of unemployment.

“The biggest problem is not that growth has slowed, it is that people are still scared to go back to work,” said Brad McMillan, chief investment officer for Commonwealth Financial Network.

The survey of establishments showed nonfarm payrolls increased by 194,000 jobs last month. Data for August was revised to show 366,000 jobs created instead of the previously reported 235,000 positions. Employment is 5.0 million jobs below its peak in February 2020.

Economists polled by Reuters had forecast payrolls would increase by 500,000 jobs, with estimates ranging from as high as 700,000 jobs to as low as 250,000. The unemployment rate of 4.8% was down four-tenths of percentage point from August, while average hourly earnings increased 0.6% from 0.4% in August. The average workweek also lengthened by 0.2 hours to 34.8 hours.