There’s a Devil Loose: School Safety Officer Is Terminated After Fatally Shooting Teen Mother as She Drove Away Fight 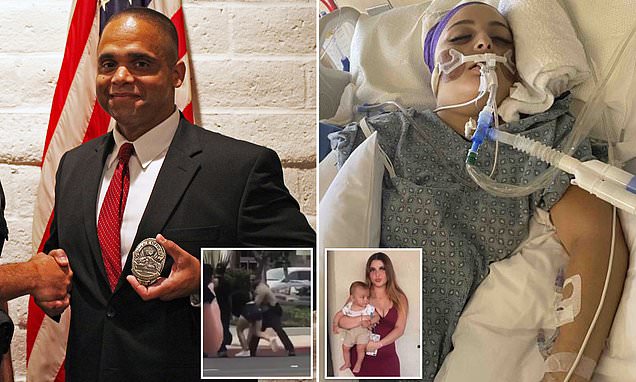 A school safety officer who shot and killed an 18 year-old mother as she fled the scene of a fight with a 15 year-old girl has been fired, with concerns since raised over his employment history.

The Long Beach Board of Education announced on Wednesday that they terminated Millikan High School safety officer Eddie F. Gonzalez the same day 18-year-old Mona Rodriguez, who had been on life support for more than a week, died after being shot in the back of the head.

‘After our internal review, you clearly saw areas where the employee violated district policy and did not meet our standards and expectations,’ Superintendent Jill Baker said in a statement. ‘We believe the decision to terminate this officer’s employment is warranted, justified, and quite frankly, the right thing to do.’

Gonzalez’s conduct is now being probed by the Long Beach Police Department, although no criminal charges have been brought. A use of force expert has said his multiple brief stints in other police departments should have raised red flags about his employability.

Although no charges have been brought against Gonzalez, a look at his work history raises ‘a bunch of red flags,’ Timothy Williams, a police-use-of-force expert and retired detective supervisor with the LAPD, told Long Beach Post News.