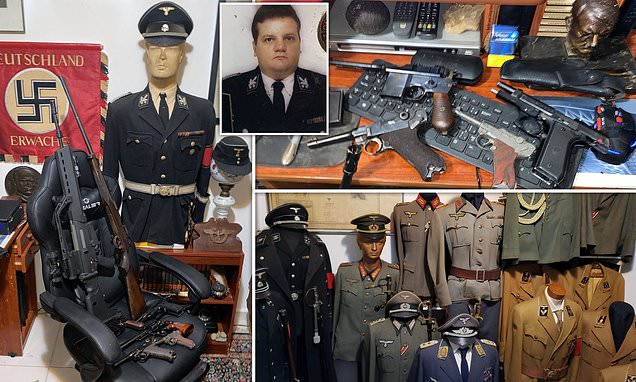 A haul of Nazi memorabilia and weapons worth an estimated £2.5million has been found at the home of a suspected paedophile in Rio de Janeiro, Brazil.

The 58-year-old suspect, identified as Aylson Proenca Doyle Linhares, was arrested on Tuesday after parents from his local neighborhood reported him for allegedly abusing their 12-year-old son.

Rio’s civil police said they discovered more than 1,000 items at the home of Linhares, including Nazi uniforms, periodicals, paintings, Nazi insignia, images of Adolf Hitler, flags and medals of the Third Reich.

They also found WWII-era found guns and ammunition, along with a mock-up Nazi identification document complete with Linhares’ personal details.