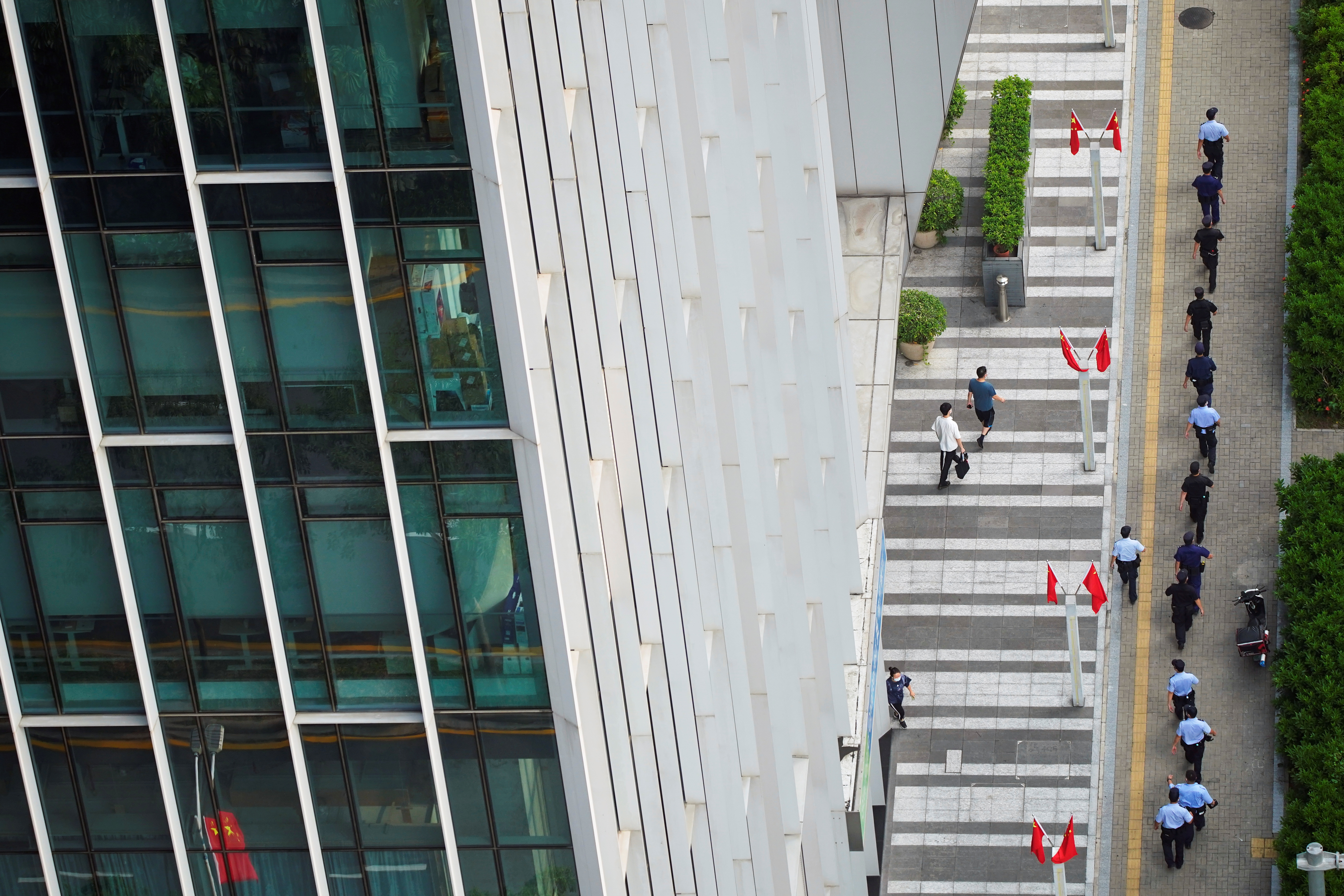 HONG KONG/LONDON, Oct 5 (Reuters) – Growing worries about defaults at Chinese property developers triggered a rout in their shares and bonds on Tuesday with fresh credit rating downgrades and uncertainty about the fate of cash-strapped China Evergrande Group sapping investor sentiment.

Once China’s top-selling developer, Evergrande (3333.HK) is facing one of the country’s largest-ever debt restructurings as it wrestles with more than $300 billion in liabilities, including nearly $20 billion in offshore debt.

Last month it missed coupon payments on two dollar bond tranches and is scrambling to sell assets to pay creditors, prioritising repayment to onshore lenders in the last few weeks.

The possible collapse of one of China’s biggest borrowers has triggered worries about contagion risks to the property sector in the world’s second-largest economy, as its debt-laden peers are hit with rating downgrades on looming defaults.