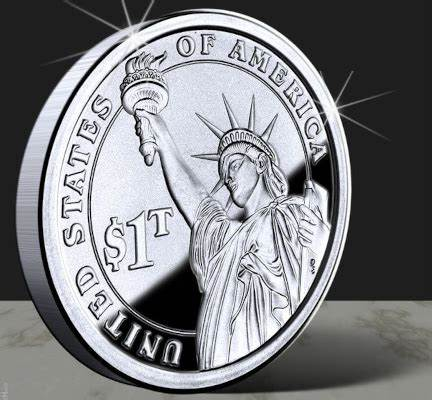 A trillion-dollar platinum coin could be minted “within hours of the Treasury Secretary’s decision to do so,” Philip Diehl, former director of the United States Mint, tells Axios.

Why it matters: Congressional solutions to the debt-ceiling problem could take weeks to implement, especially if the reconciliation process is used — and time is running out. In case of emergency, a trillion-dollar coin could be deployed to bridge any gap between the money running out and the debt ceiling being raised.

How it works: The U.S. Mint, which Diehl ran from 1994 to 2000, already produces a one-ounce Platinum Eagle and has no shortage of platinum blanks already in stock.

Producing a trillion-dollar Eagle would require only the denomination to be changed. “This could be quickly executed on the existing plaster mold of the Platinum Eagle,” says Diehl. Then an automated process would transfer the new design to a plastic resin mold.