Supreme Court Is Put on Lockdown as Cops Investigate Suspicious SUV Outside: Surrounding Streets Are Closed-off by US Capitol Police 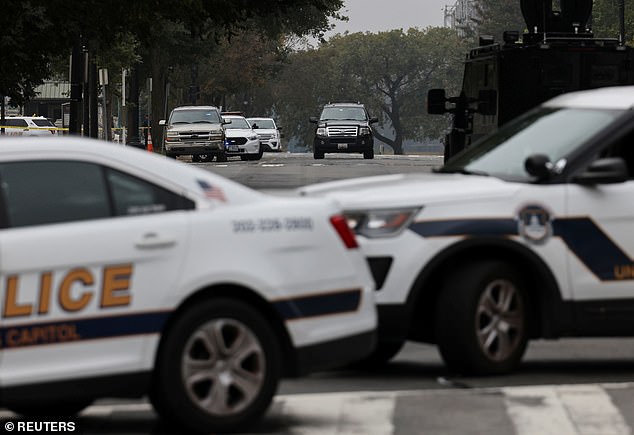 The US Supreme Court was placed on lockdown on Tuesday and law enforcement officials arrested one man after they sealed off the immediate vicinity of the building due to a suspicious vehicle parked nearby on Tuesday.

The United States Capitol Police warned the public to stay away from First Street, NE in Washington, DC, early on Tuesday morning. There were no disruptions to court proceedings.

‘NOW: We are investigating a suspicious vehicle in front of the Supreme Court along First Street, NE,’ the US Capitol Police tweeted on Tuesday.

An hour later, the USCP tweeted: ‘One of our teams just moved in and extracted the man from the SUV. The man is in custody. Everyone is safe.’

A reporter for Newsy posted an image on Twitter showing a silver-colored SUV near the Court.