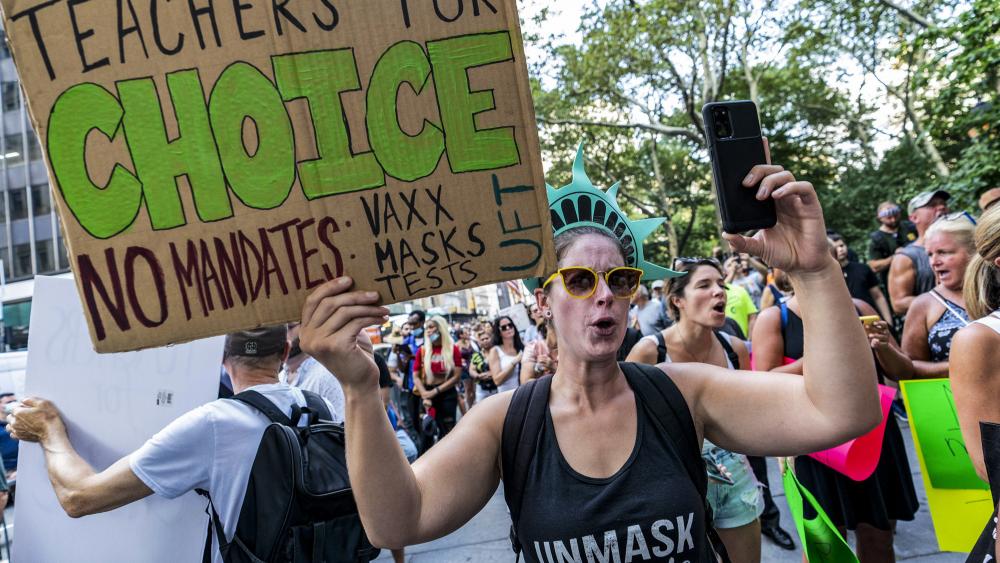 NEW YORK (AP) — New York City teachers and other school staff members are supposed to be vaccinated against COVID-19 when the bell rings Monday morning, in one of the first school district mandates in the country requiring employees to be inoculated against the coronavirus.

Mayor Bill de Blasio gave a final warning to the city’s roughly 148,000 public school staffers on Friday, saying unvaccinated employees would be placed on unpaid leave and not be allowed to work this week. The city planned to bring in substitutes where needed.

Implementing the mandate smoothly may be a challenge for de Blasio, a Democrat who has boasted of the city’s record of keeping school buildings open during most of the last school year when other districts went to all-remote instruction. New York City is not offering a remote option this year.

De Blasio said 90% of Department of Education employees had received at least one vaccine dose, including 93% of teachers and 98% of principals, as of Friday.

The vaccination mandate in the nation’s largest school system does not include a test-out option, but does allow for medical and religious exemptions. It was supposed to go into effect last week but was delayed when a federal appeals court granted a temporary injunction. An appeals panel reversed that decision three days later.