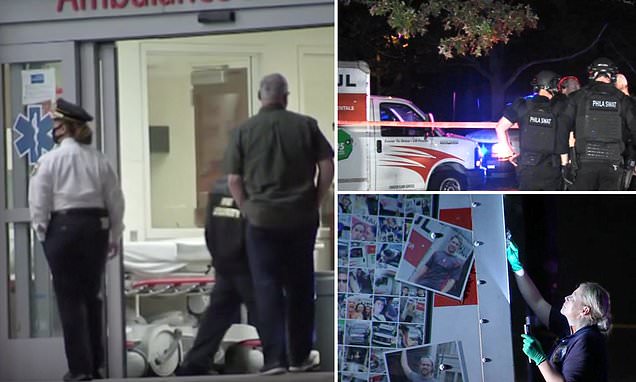 A nurse wearing scrubs and body armor was detained after shooting dead a co-worker at a Philadelphia hospital, fleeing in a U-Haul truck and injuring two cops in a gun-fight.

The 55-year-old nurse shot his co-worker on the ninth floor of Thomas Jefferson University Hospital just after midnight on Monday, Philadelphia Police Commissioner Danielle Outlaw said at a news conference.

The co-worker, a 43-year-old man who was a certified nursing assistant, was later pronounced dead.

Cops cornered the shooter in the city’s Parkside section after he fled the Hospital in a U-Haul box truck. Armed with multiple weapons, including an AR-15 rifle and a handgun, police said, the the suspect opened fire on the officers, and all four fired back.

Two officers received non-life-threatening injuries during the shootout. The gunman was shot in the upper body and neck and was taken to Penn Presbyterian in critical condition for treatment, and is expected to survive.

Police said they believe the shooting was targeted.