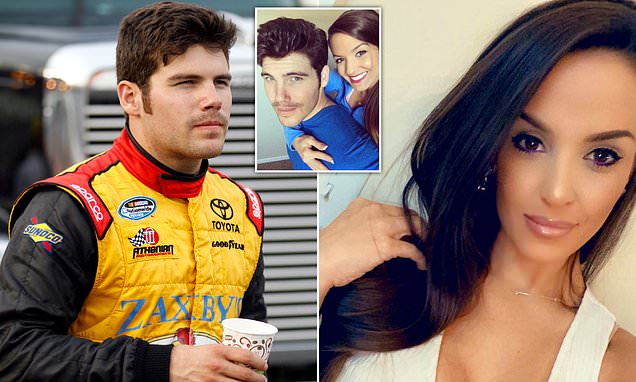 A former NASCAR driver has been killed and his estranged wife injured after he went to a house with an axe before being shot dead by an unidentified man, according to a report.

John Wes Townley, 31, was shot just before 9pm on Saturday in the 200 block of Morton Avenue in the Five Points area of Athens.

The house was occupied by Townley’s estranged wife, Laura, and a 32-year-old Dunwoody man, according to local site Classic City News.

Townley is then reported to have entered the property armed with an axe where the unidentified man shot him, accidentally hitting Laura Townley with gunfire in the process.

The ex-race driver, who is the son of the millionaire co-founder of fried chicken chain Zaxby’s, was rushed to hospital and later died of his injuries.

Laura Townley remains in a ‘serious’ condition, the report claimed.

Court records state that the Townleys, who were married in October 2018, filed for divorce on February 3 of this year.

The pair were living apart and their ‘marriage was irretrievably broken,’ Classic City News reported.