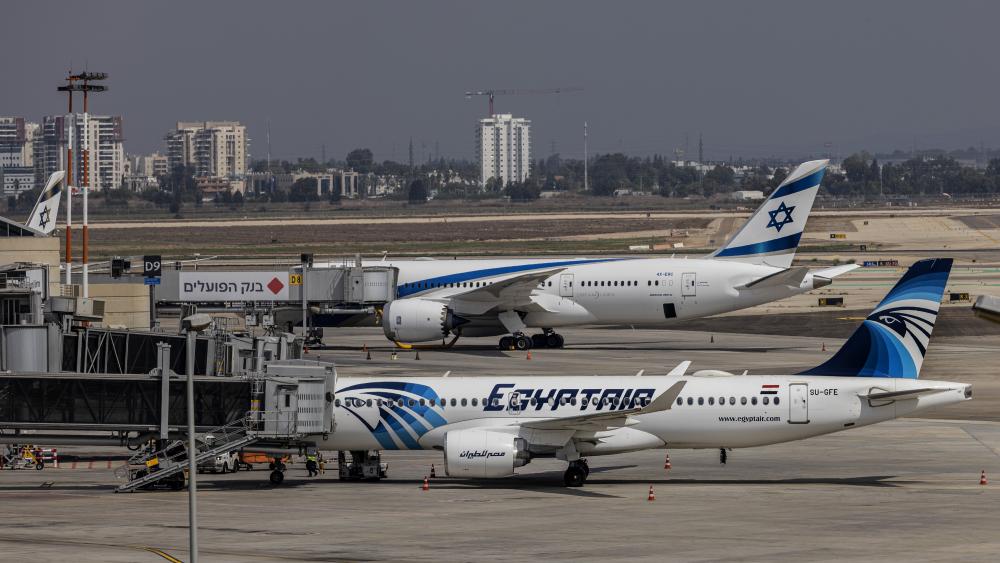 JERUSALEM, Israel – More than 40 years after Israel and Egypt made peace in 1979, Egypt’s national carrier finally made its first official direct flight to the Jewish State on Sunday.

The EgyptAir passenger flight landed at Ben Gurion International Airport and was greeted with a water salute.

For decades, the airline’s affiliate, AirSinai, has operated flights to Israel without the company logo out of fear of sparking public backlash. Sunday marked the beginning of three weekly EgyptAir flights between Cairo and Tel Aviv.

The Israeli Embassy in Cairo tweeted that direct flights are “an important and welcome sign of strengthening bilateral ties between the two countries, especially economic relations.”

Last month, Israeli Prime Minister Naftali Bennett visited Egypt to meet with Egyptian President Abdel Fattah el-Sissi. It was the first public visit to Egypt by an Israeli prime minister in more than a decade.